Wendy Williams has announced that she will shoot upcoming episodes of her TV show without a studio audience due to concerns over Coronavirus.

The talk show host made the announcement via Instagram, writing: “Wendy values her co-hosts and their daily participation but in light of the current health climate, The Wendy Williams Show will not have a live studio audience until further notice. We will continue to produce a daily live talk show and look forward to welcoming the studio audience back when the time is right.” 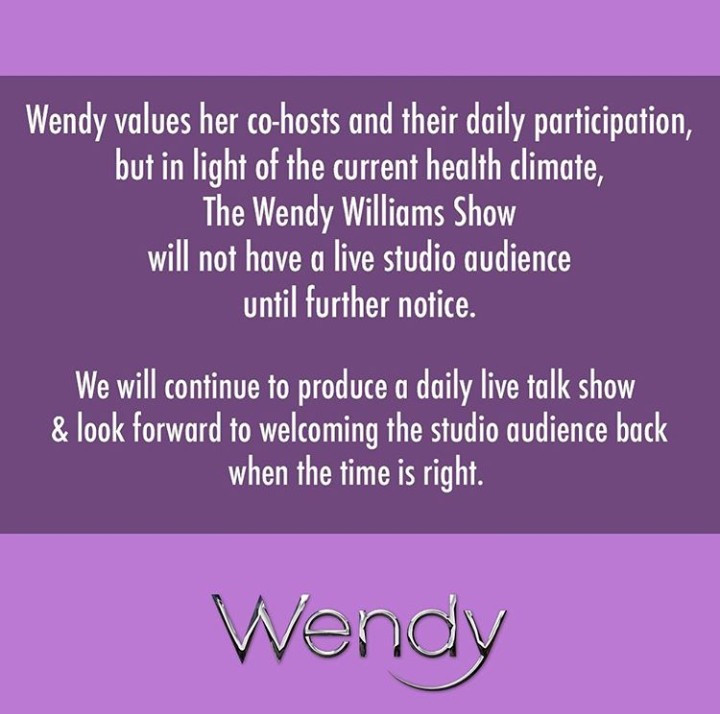 The news comes after daytime talk show, Dr. Phil, said it was joining the growing list of shows that will film episodes in an empty studio.

Other shows that have announced that they will film in an empty studio include game shows Jeopardy! and Wheel of Fortune.

BBNaija’s Laycon Reveals He Has ‘Sickle Cell’, Making Him Trend On Twitter Alongside Erica

Bobby Shmurda Denied Parole And To Stay In Prison Till 2021