A toddler has died after she was found unresponsive in a hot car on April 22, according to police.

The Glendale Police Department told AZ Family that the 18-month-old girl died after she was left in a car parked at an apartment complex near 51st Avenue and Thunderbird Road, in Glendale, Arizona. Police told the news station that she was left inside the car for “at least a few hours” but the exact amount of time has not been released.

Police said the girl’s father, who found the child, performed CPR on the toddler but the girl could not be revived. She was pronounced dead at the hospitaL

“Unfortunately and tragically, that baby died inside of that vehicle due to the conditions,” Officer Tiffany Ngalula with the Glendale Police Department told AZ Family.

Authorities are now talking with the parents and investigating the circumstances surrounding her death. So far no one has been charged with the girl’s death. 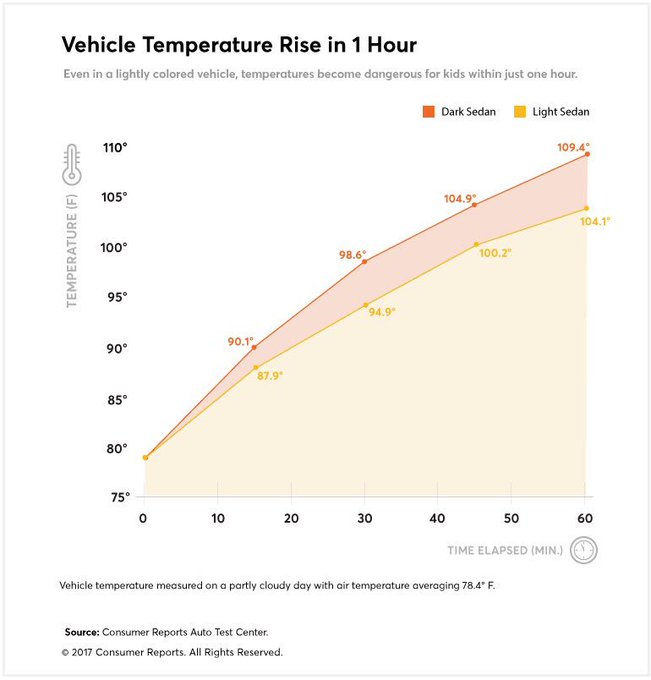 In a similar case in Florida, a woman was charged with homicide-neglect manslaughter, neglect of a child, three counts of possession of a controlled substance without a prescription, and possession of drug equipment after her 2-year-old was found dead in a hot car parked outside, police said, reported Pensacola News Journal.

“She got home and went inside to sleep. She forgot her kid was left in the car,” Hobbs said, according to the Pensacola News Journal. “The poor child had to sit in the car for over eight hours in the heat.

Monell didn’t wake up until around 4 p.m. By then, the little girl was already dead, Hobbs said.

Assistant State Attorney John Molchan warned about the dangers of leaving a child in a hot car. He said, “It’s not 100 degrees out here. But if it’s even close to 80, it’s still dangerous. Think about your car and your own experience. It doesn’t take long for temperatures to rise,”.

According to an advocacy group Kids and Cars, 37 children die from heat-related deaths after being trapped inside vehicles on average per year. In 2016, 39 children across the United States died because they were left inside a hot car, according to the website No Heat Stroke. In 2017, 5 children died.

In a 19-year period, when about 700 children died of heatstroke inside cars, 54 percent of caretakers said they “forgot” that the child was there, the website found.