US President Donald Trump walked to St John’s Church, the White House church which was set alight during protests on Monday night.

Trump after being criticized for staying in a White House secure bunker while protests erupted outside the White House over the weekend due to George Floyd’s death, held a press conference at the White House Rose Garden where he revealed he will make immediate use of the US Military if Governors are unable to control protests in their states as it was his duty to protect the lives and properties of Americans.

“As we speak I am dispatching thousands and thousands of heavily armed soldiers. We are putting everybody on warning.” he said 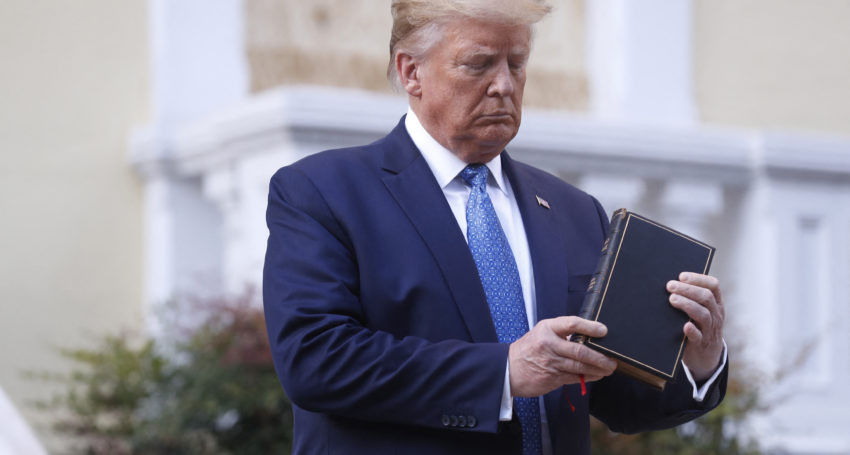 After the press conference, he walked to St Johns Church, dubbed the ‘President’s church’ due to it’s frequent use by former presidents.

Trump, standing alone in front of cameras, then raised a black-covered Bible for reporters to see.

“We have a great country,” Trump said. “Greatest country in the world.”

Reports from various media networks in US say protesters near the White House were tear gassed by armed police during the protest.

Governor Obaseki Speaks On His Re-election

Members Of Cabal Were Enriching Themselves With Subsidy Payments Says NNPC GMD, Kyari

Several Persons Perish In A Boat Mishap In Sokoto

Couple And Their Three Kids Die In Ghastly Auto Crash

Governor Obaseki Threatens To Go After Oshiomole If He Tries To...