Several passengers were trapped under loads of farm produce after a truck conveying them to their destination crashed in Ogun State.

According to an eyewitness, the incident happened near NNPC under bridge in Abeokuta, the state capital on Wednesday morning, September 23.

Men of the Traffic Compliance and Enforcement Agency rescued the trapped victims and evacuated the perishable goods from the main roads. 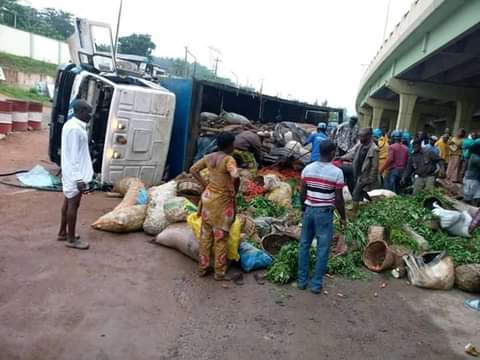 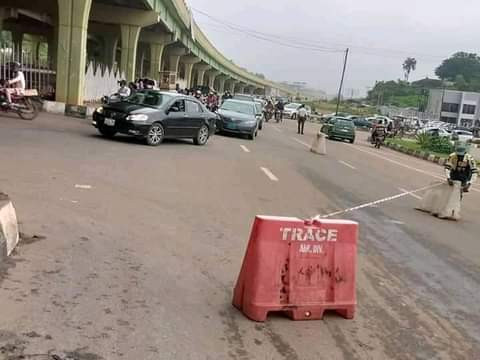 Mom Of Unilag Graduate That Jumped Into Lagoon, Breaks Silence