Imagine travelling back in time 30-odd years, to a point where people didn’t spend the whole day staring at their phones and swiping at Facebook.

According to Yahoo News,  you don’t actually need a time machine to get there: a small American town has no smartphones (in fact, no mobiles at all), no Wi-Fi, and no radio, Voice of America revealed in a video feature this week. 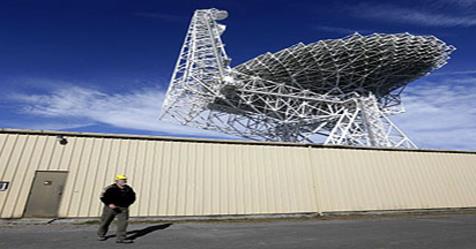 Green Bank has a population of 143, and is known as the Quietest Town in America – and its residents enjoy the enforced lack of technology, describing the town as an ‘oasis’.

The reason for the ‘radio silence’ is the nearby Robert C Byrd Green Bank telescope — a 485-foot sensitive radio instrument which listens for distant signals.

Local store owner Sherry, ‘We’ve never really had it. We do it the old-fashioned way.’

Phones attached to wall jacks are the only way to call someone in Green Banks – and local officials track down any ‘rogue’ devices which are transmitting radio waves.