The Lagos Police command of the Rapid Response Squad (RRS) no doubt are doing a fantastic job, as they rescued all the passengers trapped under a 40ft container which fell on a commercial bus at the busy Ketu Ikorodu road in Lagos.

According to the statement released by the RRS a few hours ago, the RRS together with the Lagos State Emergency Management  Agency popularly known as LASEMA were able to rescue all passengers trapped under the container, and clear the accident scene for free flow of vehicular movement.

In their report, no figures were given as to number of those trapped and rescued or if there was any death recorded at the Ketu accident scene, but their quick response saved the day and we commend their efforts. 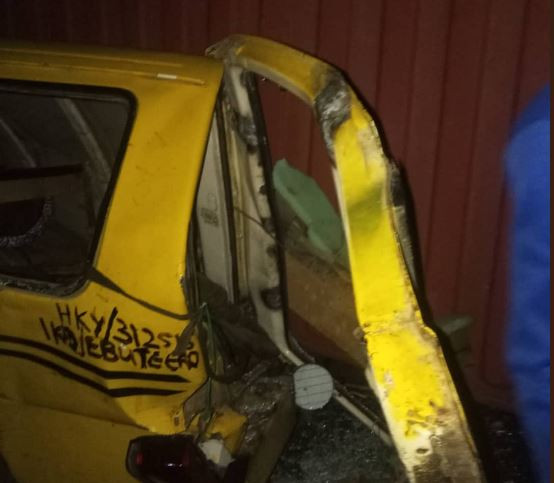 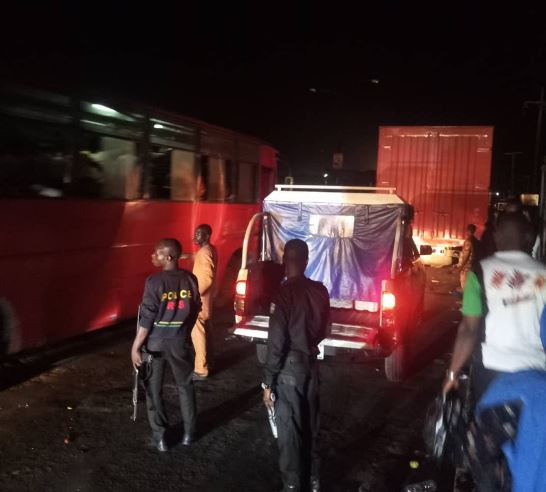