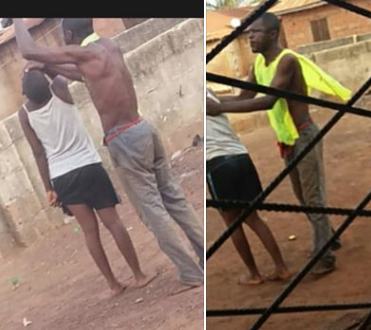 Activist, Harrison Gwamnishu, who shared the story online and is working to rescue the girl, told LIB that the girl was handed over to the clergyman since last year and he has kept her locked up in his house. The girl found her way out recently and was able to inform their neighbors that her parents gave her out in marriage to the clergyman.

Harrison says efforts are being made to rescue the victim…

A Woman In Sapele,Delta State Dies Of Snake Bite The Same Day She Got Married