The body of missing pregnant teenager Marlen Ochoa has been found, nearly a month after she vanished.

The body of the 19-year-old was discovered in a garbage can in the backyard of a house in Chicago on May 15, where she went missing on April 23.

The discovery came after a DNA test revealed that a baby that was rushed to the hospital the same day Ochoa, who has been identified as Ochoa-Uriostegui and Ocha-Lopez in different reports, went missing was hers.

Ochoa’s family told the Chicago Sun-Times that a 46-year-old woman lured her to her house through a Facebook group filled with young mothers, offering the teen baby clothes she said she didn’t need any more for free. Just hours after Ochoa was last seen, the woman called 911, claiming she had given birth to a baby inside her house.

That was the baby a DNA test showed belonged to Ochoa.

The woman, who has not been named publicly, later started a GoFundMe fundraiser for the funeral of the baby, telling people the boy was sick and would die soon. 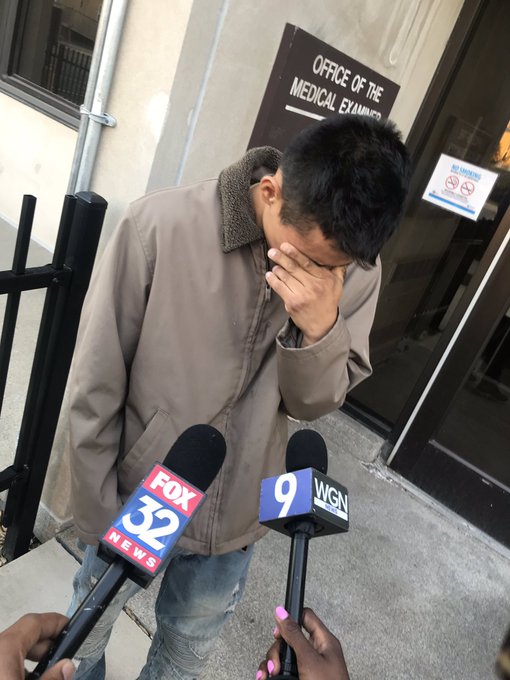 Speaking in Spanish, #MarlenLopez’s husband addresses media outside the Cook County Medical Examiner’s office. He and his family have come here to view her body but have found the doors locked. 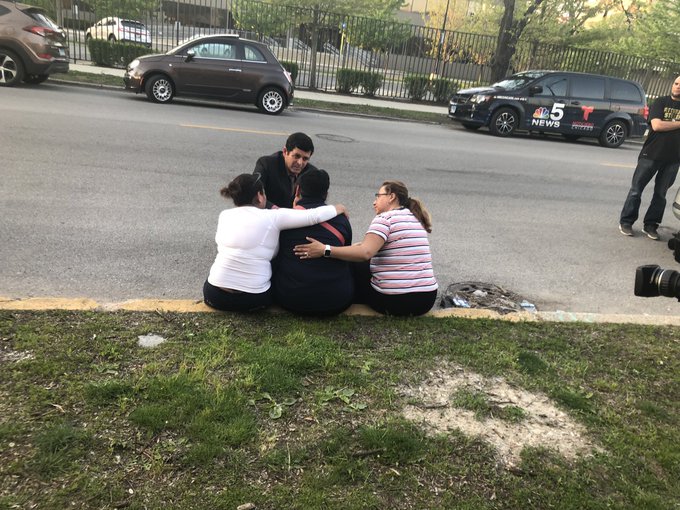 A devastated mom is consoled by loved ones outside the medical examiners office. Her 19 yo pregnant daughter, Marlen Ochoa, has been positively ID’d as the body found in Ashburn neighborhood. The baby is on life support, according to family.

Yiovanni Lopez, Ochoa’s husband, told reporters at a press conference that the loss of his wife was painful.

“I have a lot of pain, a lot of anguish, a lot of sadness. It’s painful to lose your wife, the woman you love the most. It’s painful,” he said. “We’re gonna have justice with those responsible. We’re gonna go hard after them. We won’t let it go.”

Police later said that they believe the woman ripped the baby out of Ochoa’s womb.

“We believe that she was murdered and we believe that the baby [was] forcibly removed following that murder,” Chicago Police Department spokesman Anthony Guglielmi told the Chicago Tribune.

Police on Wednesday were interviewing four individuals, identified by WGN as the woman accused of luring the teen to her house, the woman’s boyfriend, the woman’s daughter, and a man in his 20s.

“We believe all of them played some role in this unspeakable act of violence,” Guglielmi told the Tribune, “and detectives are now interrogating [those] individuals.” 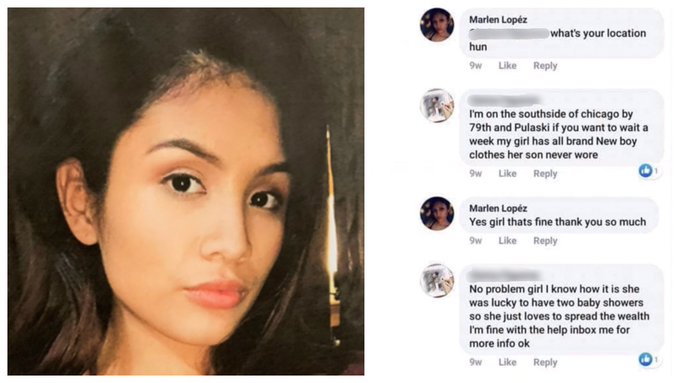 Messages reveal a conversation between the missing 19-year-old and a woman she met online via a pregnant moms Facebook group. Marlen Ochoa-Uriostegui was reported missing the same day she went to swap baby items with the acquaintance, per family. 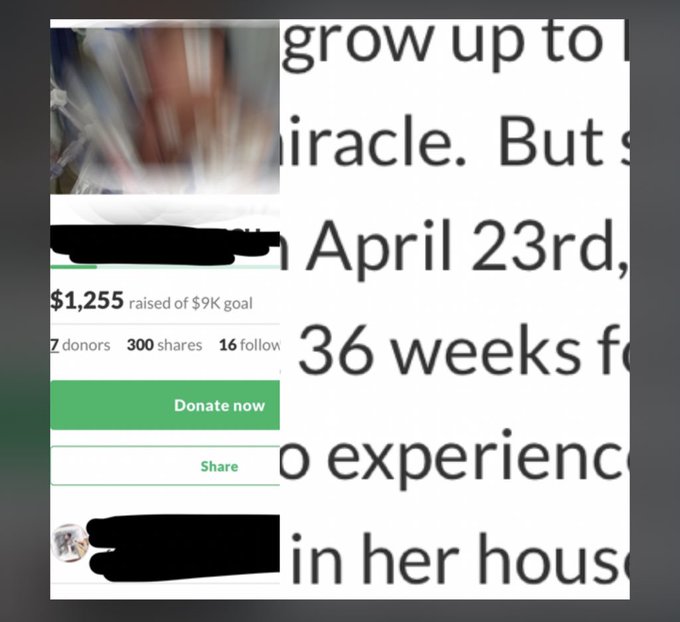 Family of #MarlenOchoa says a @gofundme was set up by the woman who claims Marlen’s baby boy is hers. The woman said in the post she gave birth the same day Marlen went missing. Marlen’s family says DNA proves the baby is the missing teen’s. @gofundme pulled the page.

No one has been officially arrested or charged as of yet.

The Facebook group in which Ochoa met the woman has been shut down and members said they had discussed being careful meeting strangers in person.

“Don’t go in strangers’ houses. Always bring somebody with you,” former member Samantha Holubik told WGN. “I think it’s making people more aware, because you would never think that.”

A woman told ABC that the woman who allegedly lured the teen to her house used to babysit her infant.

The woman said that she stopped hiring the other woman when she began acting weirdly.

“She told me how she was getting really attached to the baby, how she couldn’t wait to be a mom again,” the woman said. “She said that she needed money because she was having a new baby. She told me she was due in May.”

Photos Of All Black Group Called ‘Not F**king Around Coalition’ Stage Protests Heavily Armed As They Demand Justice For Black Men Killed By Police...