As a young pregnant Israeli mother living in the Gaza Strip—a city that just bore the deadliest rocket attacks since 2014—there is more meaning behind the term “safe space” for Lihi Piatzsky.

When rocket fire bombarded southern Israel over the first weekend of May, she shielded her two-year-old daughter under her body, a photo of which soon went viral on the internet in Israel.

“She’s all of two years old. I don’t know how, I just protected her. I said to her that we’re protecting her because there was a siren, even though she really wanted to get up, and asked to get up,” Piatzsky, who is expecting a second child, told the Hebrew news media Mako.

Piatzsky’s husband, Elon Piatzsky captured the photo while protecting the two from above.

“We’re very well trained for this, when we’re in an area with a secure space, or when there is no secure space, we defend [our child]. … We listen to orders from Home Front Command. That’s what we do without thinking very much and very quickly,” Piatzsky said.

“This was the first time the child experienced this, because most of the time [the rocket attacks] were at night,” she added.

Elon Piatzsky said that he originally took the photo to update their family and friends “so they could see what was going on.”

After two days of heavy rocket fire and bomb shelling—nearly 700 rockets were launched at Israel while Israel’s military destroyed around 350 Islamic Jihad and Hamas terrorist targets—Israel and Hamas came to a ceasefire deal of indefinite duration on May 6, which also marked the first day of Ramadan.

The fighting has killed at least four Israelis and 25 Palestinians, including two pregnant women and two babies.

Israel’s Home Front Command, the regional command for the country’s defense forces, said it had lifted all restrictions for border residents. Israel also said it will allow a transfer of $30 million from Qatar to the Gaza Strip, according to The Times of Israel.

There was a sense of pessimism in the air in Gaza that the peace from the ceasefire will not last for very long.

“This round is over but I am afraid another will soon begin. We aspire to a day when nothing of this will happen,” 55-year-old Adel Mohammad-Ali told Reuters at one funeral. 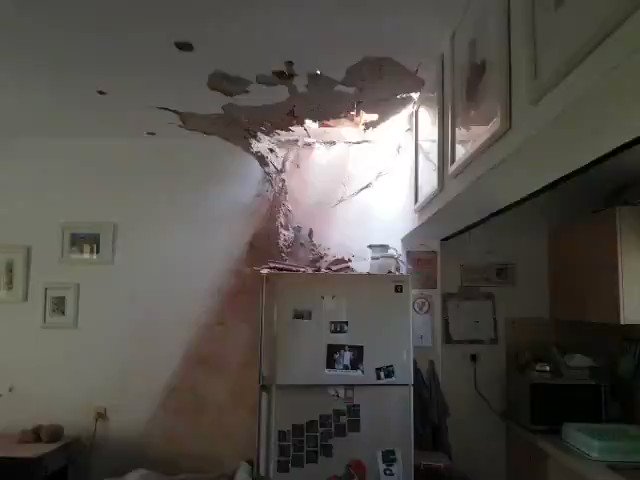 Despite the ceasefire, an arson balloon that was launched from the Gaza Strip caused a blaze in a wheat field in the Eshkol region of southern Israel, The Times of Israel reported.

While expressing condolences to the civilians, Israeli Prime Minister Benjamin Netanyahu said that “the campaign is not over, and it demands patience and sagacity.”

“The goal has been—and remains—ensuring quiet and security for the residents of the south,” Netanyahu said.

Israel and Hamas have been embroiled in three wars since the Islamic terrorists took control of Gaza in 2007. Recent rounds of fighting, however, have ended relatively quickly as a result of mediation by Egypt and the U.N..
Source NTD
Husband From Hell: Man R@p£s Daughter And Baths Wife With Acid
Loading...

Messi Blasts Barcelona For ‘Throwing’ Luis Suárez Out Of The Club

See How Anita Joseph And Her Husband Reacts To The Pant...