The proprietor of Falola Hotel and Rental Services was gunned down close to his residence around 9.30pm on Wednesday, September 16.

A source who confirmed the incident on Thursday, said that the gunmen shot Oke at close range and immediately fled the scene.

Spokesman of the Osun State Police Command, Yemisi has confirmed the incident.

Meanwhile, friends have taken to Facebook to mourn the deceased. A close associate of the deceased, Isaac Hastrup, described late Oke as “a dogged fighter and a good ambassador” who lived an impactful life.

“I will always dwell on the brilliant pieces of advice you gave me as a brother, ” egbon, hin se ko 2 chalets, e pon dandan ki iyara po nibe. Olorun, hin a ma jehun lo ni.” In Falola’s voice. You were a dogged fighter and a good ambassador of C&S church Idasa Youth Forum,”

“I remember you call me Apostle agba whenever you sat by me in the church keruje will miss your tickling, Yemi Ajimobi your pinching and the entire church your unequalled commitment and dedication to the church’s development. Ha! Falola , it is true that trees with great economic value usually have a short lifespan.” 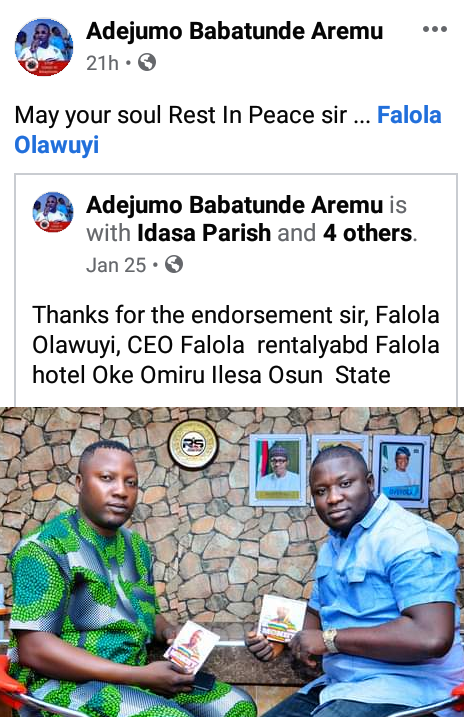 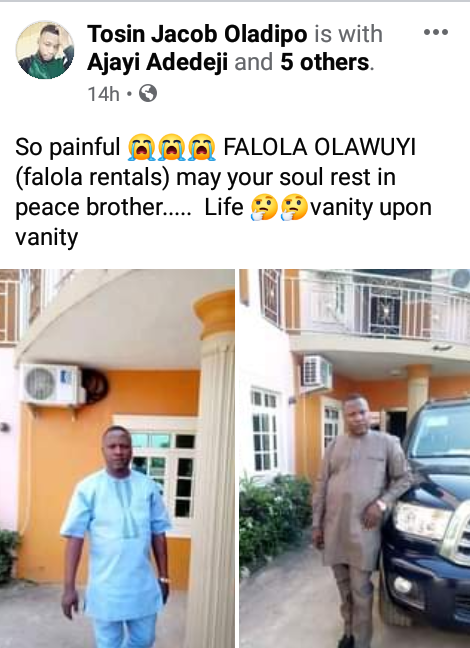 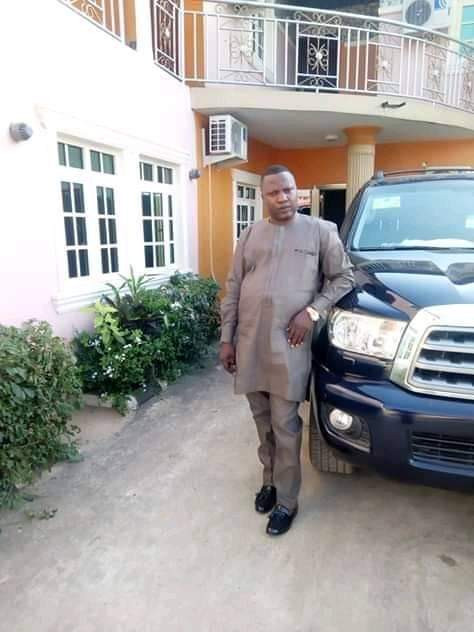 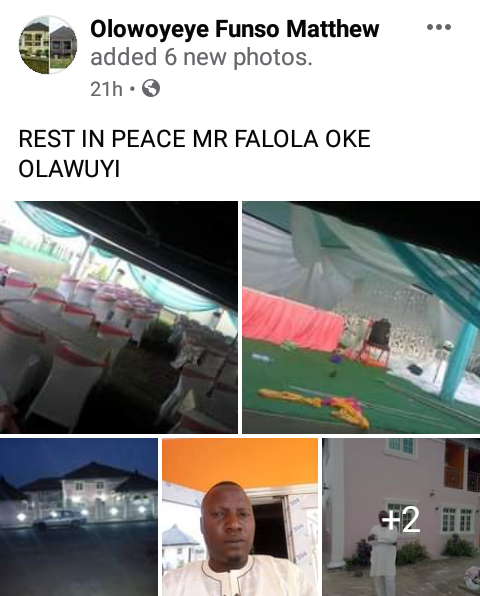 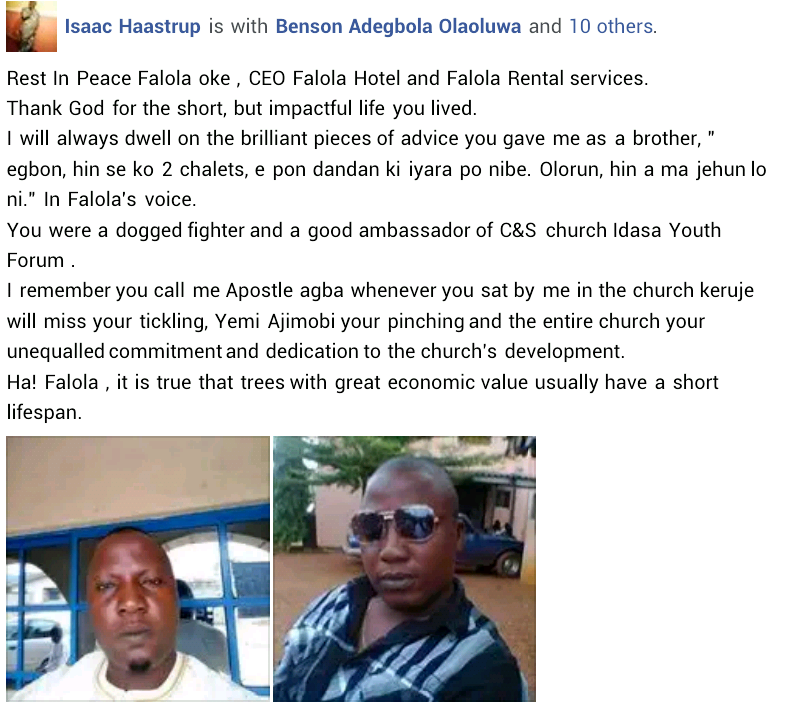 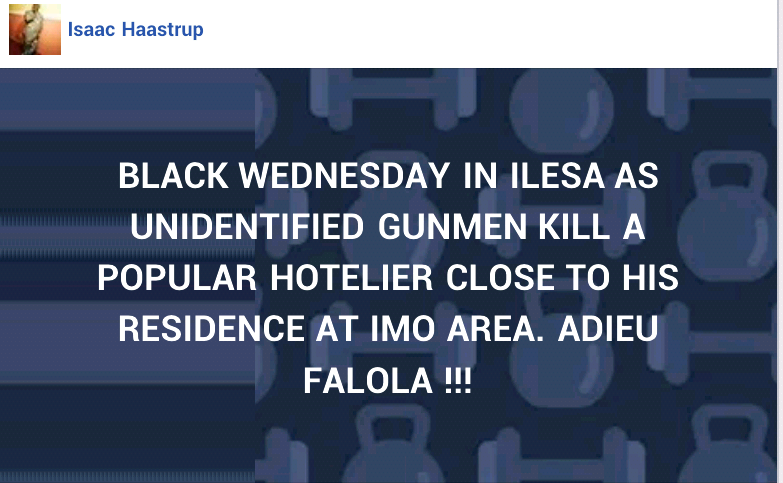