Parents are still putting babies at risk of cot death by putting them to sleep on their stomachs or sides, research suggests.

Experts said around half of parents are unsure of basic steps they can take to reduce the risk of sudden infant death syndrome (SIDS), also known as cot death.

A campaign, Back to Sleep, was launched in 1991, led by television star Anne Diamond after the death of her son, Sebastian.

Parents were advised that babies were far less likely to die if they were put to sleep on their backs. But the Lullaby Trust, a charity which advises parents, is concerned that some parents are unaware of the message, or ignore it.

The charity also raised concerns that some parents also do not know that smoking increases such risks, as does sharing a bed after smoking or drinking, or falling asleep on a sofa or armchair with a baby.

SIDS, also known as cot death, is the sudden unexplained death of an apparently healthy baby.

The charity polled 500 parents of children under two and found that four in 10 were unsure whether babies should sleep on their tummies, or thought it was fine for them to do so.

And more than half thought it was okay for babies to sleep on their sides, or did not know whether this was the case.

When babies sleep on their backs, the chance of SIDS is reduced six-fold, research suggests. 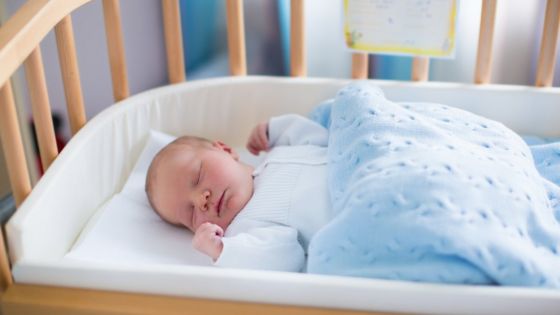 The Lullaby Trust says babies should be put to sleep on their backs in a cot that is free of bumpers, toys and pillows.

Francine Bates, chief executive of the charity, said: “Twenty-five years after the Back to sleep campaign, the survey results have shown us we need to go back to basics.”

Louise Silverton, director for midwifery at the Royal College of Midwives, said: “There is strong evidence about putting babies to sleep on their backs and a reduction in the incidence of Sudden Infant Death Syndrome, so this is important advice. This survey shows there is clearly a need for more education and support for women and their partners who are expecting the birth of a baby.

“Women and their partners do though have a lot of new information to take on board when preparing to be parents, so it is important that key messages such as this can be reinforced and repeated throughout and after the pregnancy.”