A porn-addicted paedophile who was serving 17 years behind bars for abusing babies and young children has been found dead in prison.

Jared Perry was found dead on November 3 while in custody at Parc Prison in Bridgend, Wales.

The 32-year-old was said to be an ‘extremely high risk’ to children when he was locked up.

‘As with all deaths in custody, this will be investigated by the Prison and Probation Ombudsman.’

Swansea Crown Court heard Perry abused both boys and girls. Some of the children he targeted were less than six months old. 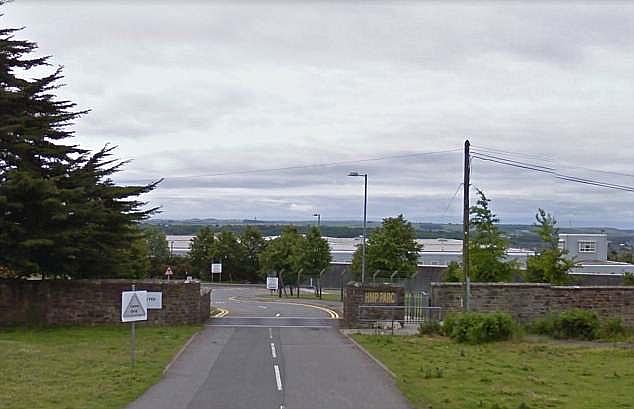 The court heard the abuse only came to the police’s attention when Perry walked into Aberystwyth police station and asked to speak to an officer.

Over the course of some seven interviews Perry disclosed what he had done.

Perry was brought up in a strict religious environment and from an early age began watching pornography to which he later became ‘addicted’.

That was initially adult pornography but then progressed to images of young children, the court heard. He also began to abuse drugs and was described as a ‘controlling and manipulative’ individual.

Perry, of Llanilar, Aberystwyth, admitted 10 counts of indecent assault and sexual assault on a child under 13.

Sending the defendant down the judge told him: ‘I believe without a doubt you present an extremely high risk of sexually assaulting children in the future.’

An inquest into Jared Perry’s death was opened on Wednesday, November 6 and it is next listed for May 15, 2020, for a pre-inquest review.

The Prisons & Probation Ombudsman has begun an investigation into his death and a report will be published at the end of the inquest.

The PPO carries out independent investigations into deaths in custody. The purpose of these investigations is to understand what happened, to correct injustices and to identify learning for the organisations.

World’s Most Fertile Woman Who Had 44 Children At The Age Of 36, Stopped From Having More Babies