Less than 24 hours to the governorship election in Osun State, the state Resident Electoral Commission, Mr Olusegun Agbaje, has warned politicians not to misinterpret the commission’s electoral rules for their selfish aims.

Agbaje was reacting to the allegations that the commission had placed a total ban on the usage of mobile phones and cameras at polling units.

Speaking on Friday at a press conference at the commission’s office in Osogbo, the Osun state capital, the REC said it was not true that the commission had asked voters not to come to polling units with their phones. 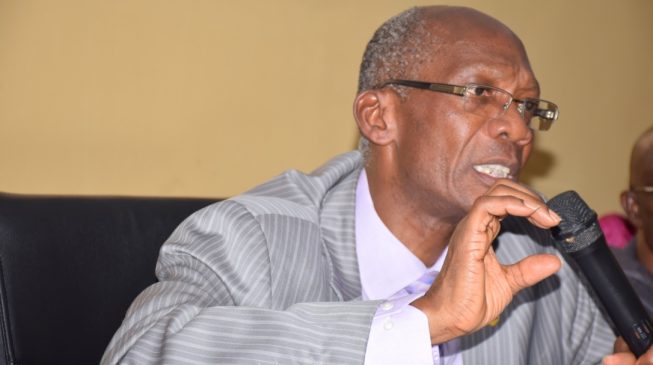 He clarified that the commission only asked voters not to hold their phones inside the voting cubicle, in a bid to curb vote-buying, a phenomenon that has marred elections in the past.

He said, “It is important to once again clear the air on some baseless allegations being peddled around by some critical stakeholders, such as the banning of phones and other cameras at the polling unit; giving out of uncollected Permanent Voter Cards to a certain political party; preparing the Smart Card Readers to favour a particular political party; and that INEC will be biased during the election.

“The allegations are not true. They are figments of the imaginations of those that made them, as they have not been able to substantiate them as I speak to you. INEC did not place a ban on phones and other camera devices at the polling units.

“What INEC said is that voters should not carry their phones or other camera devices into the voting cubicles where the voter will mark the ballot so as to safeguard the secrecy of the ballot.

“Voters are free to come with their phones and other camera devices; what we are saying is that at the cubicle where they will be casting their votes, they can’t be allowed to go in with anything except the voting materials.”

Agbaje also warned politicians and voters against vote-buying, and vote-selling, saying the commission was ready to unleash the full wrath of the law on anyone found doing so.