The Minister of Science and Technology, Dr Ogbonnaya Onu, has ordered the reinstatement of a former acting Director-General of the Federal Institute of Industrial Research Oshodi, Lagos, Chima Igwe.

In a letter to the FIIRO Governing Board, Onu directed that the 58-year-old be returned as acting DG.

With the development, the minister has overruled the decision of the governing board to demote Igwe and his indictment by the Independent Corrupt Practices and other related offences Commission. 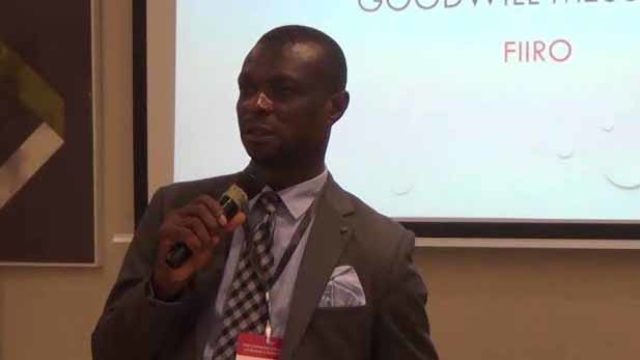 The FIIRO board recommended Igwe’s demotion to the position of principal research officer after it emerged that he did not complete his PhD in 2001 as he claimed.

The board initially suspended him based on a report from the ICPC, which established contact with Universite d’Abomey Calavi, Benin Republic, where Igwe claimed to have finished.

The university had informed the ICPC that Igwe had yet to defend his thesis and it was the reason he did not have a certificate.

However, Igwe had used an attestation letter from his supervisor dated 2002 to gain several promotions.

After his suspension by the board, Igwe returned to the Benin Republic varsity in February 2020 to defend his thesis and was issued another attestation to indicate he completed the PhD.

The new attestation showed the effective date of the award of the PhD as February 2020.

While many called for the dismissal and prosecution of Igwe for cheating the system, the disciplinary committee only recommended his demotion to the level he was 18 years ago.

It has been reported that the government worker refused to revert as instructed by the board, and the ministry was plotting to rubbish the FIIRO disciplinary committee’s report and return Igwe to his acting DG position.

A source told our correspondent that a letter was hand-delivered to the house of the Chairman of the FIIRO Governing Board, Alhaji Ibrahim Gwarzo.

The source said, “The Minister of Science and Technology, Ogbonnaya Onu, called the board chairman on the phone and asked for his address in Kano that he has a letter for him. The man sent him the address and the letter was hand-delivered to him.

“That letter is between the minister and the board chairman. The legal unit of the ministry is also aware of it. Not even the permanent secretary or the minister of state knows about that letter.

“In the letter, the minister ruled the board out of order and said since Igwe has brought a certificate, he should be reinstated.”

A document revealed that Onu faulted all the process of the board, including the suspension of Igwe and the installation of Dr Agnes Asagbra as acting DG.

Onu also faulted the ICPC’s report, saying it was issued before Igwe got his new attestation letter in February 2020.

He said the decisions of the board were null and void and Igwe should be reinstated.

The source said the board chairman, however, declined the request, saying the governing board followed the rules to the letter.

“He reminded the minister that he (Onu) was the one who forwarded the ICPC report indicting Igwe to them and told them to take necessary action, which they did by suspending him. He said they cannot reinstate Igwe after their report showed he gained promotion by fraud. He copied the permanent secretary and the minister of state in that letter to the minister.

“The same day, the board wrote a Save-our-Soul letter to the Secretary to the Government of the Federation. They said FIIRO is a research organisation, more or less like an academic institute. They begged the SGF to save the integrity of FIIRO and the anti-corruption policies of Mr President.

“The permanent secretary at that meeting presented Dr Asagbra to the management and the staff. They also attached the report of the disciplinary committee, the letters from the Benin school, and the board’s ratification of the report, including the new letter from the minister to them to reinstate Igwe. A similar letter was sent to the head of the service,” the source added.

The board also said Igwe’s case was destroying the reputation of the institute and damaging the morale of workers.

READ ALSO:  Trump Threatened To Permanently Pull Funding From WHO Over Coronavirus Pandemic

A senior FIIRO official said Onu was bent on installing Igwe as the FIIRO DG and only the Presidency could stop him.

The source said there was a plot to dissolve the board in order for the minister to have his way.

Another senior official said the ministry needed to answer a series of questions on Igwe’s case.

“Can a research thesis presented 18 years ago be successfully defended without update and re-evaluation? Can an attestation issued in February 2020 assume validity in 2001?

“Also, if the effective date of attestation is 2020, what happens to all promotions achieved in the interim? What of the salaries, allowances and other benefits in the course of the 18 years period?

“The second attestation is not different from the first one he brought and contradicts the affidavit sworn to by Igwe in court that he finished in 2001. Is lying on oath, not a criminal offence? Is the public defence of February 2020 not an indication that the degree process was conclusive only then?” the source said.

The board chairman, Gwarzo, denied receiving any letter from the minister.

He insisted that the board had already taken a decision, which had been communicated to the ministry.

“I do not want to say more than that. Thank you,” he added.

A source said Gwarzo was afraid of a backlash from Onu, who had accused the board of not supporting Igwe.

The board chairman was also said to be managing the situation in order not to appear to be confrontational with the minister.

The minister, Onu, told our correspondent that since he was a governor many years ago, he had never granted an interview on the telephone.