Frank said this today in Abuja, while reacting to a statement credited to Information and Culture Minister, Alhaji Lai Mohammed, that the US should not grant the former Vice President visa to visit the country.

He also noted that the US Government has already condemned President Muhammadu Buhari’s administration as “lifeless” by President Donald Trump. 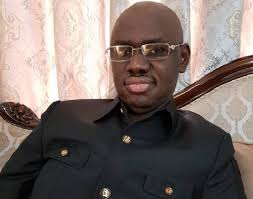 While challenging APC government to provide just one evidence of corruption perpetrated by Atiku Abubakar, Frank said the same failed government that said the Waziri Adamawa could not visit America is already jittery now that Atiku is poised to prove them wrong.

According to Frank, it was easier for Lai Mohammed to bring APC to power with lies and propaganda against President Goodluck Jonathan but it is now impossible to sustain the lies because of their obvious failures.

“Why is Lai Mohammed speaking from both sides of the mouth? The Minister is about to lose his job that’s why he is talking like someone under the influence of codein or tramadol. The simple advice for Mr. Mohammed’s close allies is to get him tested for probably the negative effects of banned substances.

“At this stage, it is too late to stop America from granting Atiku entry Visa because the country has confirmed that it has nothing against the Presidential candidate of the PDP.

“Instead of this clueless government to seek for help from the American government in fighting the resurgent Boko Haram and fully liberate the people of the North-east from the hands of insurgents, what is more important to Lai Mohammad and the APC’s government is the issuance of U.S. Visa to Atiku.

“The American government will not fall for propaganda from a lifeless government like that of APC and President Muhammadu Buhari in granting Visa to anybody because it is a place where rule of law is strictly adhered to.

“Unlike a lawless APC government that attempts to disallow rain from dropping on the roof tops of political opponents, the America government is built on trust, fairness, justice and the fear of God,” Frank replied Mohammed.