A New York woman whose body was discovered inside a suitcase on a road in a Connecticut town was murdered by being suffocated to death, officials said on May 6.

The office didn’t specify whether Reyes had died before she was put in the red suitcase. 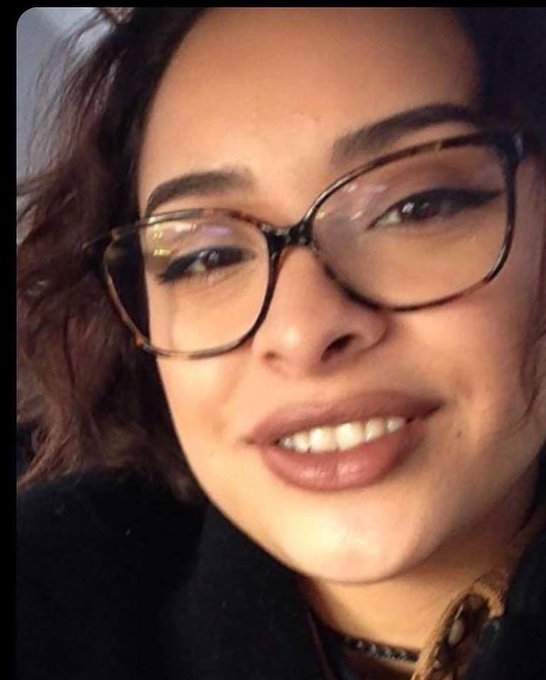 Reyes was last seen on Jan. 19, and was later reported missing by her family on Jan. 30.

The Greenwich Police Department said workers who were doing a routine sweep of the area found her body on Feb. 5, around 10-15 feet off Glenville Road in Greenwich,

Reyes’ ex-boyfriend, Javier Da Silva Rojas, was arrested after authorities said he had fraudulently used her credit card to withdraw $1,000 on Jan. 30.

He is currently held on a federal charge of kidnapping resulting in death and, if convicted, he faces the death penalty.

Da Silva Rojas, 24, holds dual citizenship in Venezuela and Portugal, and had entered the United States via a visa waiver program back in May 8, 2017. He did not leave within the specified 90-day time frame.

Prosecutors said in a federal complaint that Da Silva Rojas said he and Reyes had been at her apartment in New Rochelle on Jan. 29.

“He [said that he] had sex with the Victim at the Victim’s Residence,” the federal complaint read.

“Da Silva Rojas noted that at some point the Victim fell to the floor and hit her head.

The federal complaint said Reyes’ body was found barefoot. Her shirt was unbuttoned and her hands were bound behind her back with white string and packing tape. On Feb. 6, following an autopsy, her death was ruled to be a homicide.

“There were obvious signs of head trauma including bruising around the face and a large hematoma to the deceased female’s forehead,” the federal complaint read.

In an exclusive interview with Da Silva Rojas in February, the New York Post reported that he said he had tried to revive Reyes before disposing of her body.

Rojas said “she fell, we fell together,” when he was asked how Reyes had died. He then nodded when asked if she fell off the bed, according to the NY Post. The Post summarized Da Silva Rojas’s version of events as being “that Reyes fell on the floor and cracked her head open” while they were having sex, and that she died accidentally.

“She wasn’t responding. I went and put my mouth on her mouth. I tried to put air in,” Da Silva Rojas said. He also told the Post that he had bound her body because “she didn’t fit in the suitcase.”

He added that he didn’t call the police because thought they would blame him, and said that he had withdrawn money from Reyes’ credit card in hopes that police would find out and catch him.

But back in February, that the cause of death was asphyxiation and not a head injury.

Following Da Silva Rojas’s comments to the NY Post, one reporter commented on the inconsistencies of his version of events.

“One question that has been raised is, if Da Silva Rojas loved Reyes so much and her death was only an accident, why not just leave her if he was too afraid to call the cops?”

“Although Da Silva Rojas claimed his relationship with Reyes was good, he couldn’t remember how long they had been together,” Dereen noted.

“Taping someone’s mouth after they are already dead seems unnecessary, as does tying up her hands and legs. It doesn’t seem as though someone who allegedly loved a person would be willing to dispose of them on the side of the road as if they were trash,” she added.

“While Da Silva Rojas has apologized to the Reyes family, he can never take back what happened. His apologies won’t mend the broken hearts of friends and family who loved Reyes.”

Source NTD
Man Suffocated His Girlfriend To Death Because He Was Jealous Of Her Male Friends
Loading...