The National Association of Nigerian Students (NANS), on Thursday, applauded the Federal Government for reducing the cost of JAMB and NECO application forms.

According to DAILY POST the Federal Government, after the Federal Executive Council meeting on Wednesday, announced the reduction in JAMB fee from N5,000 to N3,500 for the Unified Tertiary Matriculation Examination (UTME).

The amount charged for Senior Secondary Certificate Examination by the National Examination Council (NECO) was also reduced from 11,350 to N9,850 and Basic Education Certificate handled by NECO was slashed from N5,500 to N4,000.

The reductions take effect from January, 2019. 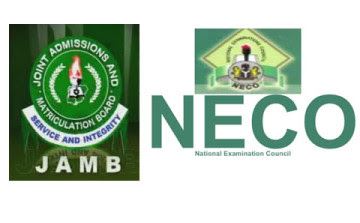 Okereafor, however, urged the Federal Government to prioritise the issue of education, and especially the ongoing ASUU/COEASU strike.

According to him, the strike has truncated the chances of “some of our compatriots graduating in 2018, simply because the academic calendar has been altered”.

The statement continued: “NANS considers this decision as a good and progressive minded one, but strongly believes that resolving the ongoing ASUU/COEASU strikes would be better.

“We are of the opinion that schools must be made conducive for all students on campuses as it was in the days of old.

“The Presidency must consider making our campuses a conducive atmosphere for learning and research purposes.

“It is highly disheartening that we have lost quite a handful of young, hardworking and promising Nigerian students to the cold hands of death due to the ongoing strike.

“Even as some of our students are now been exposed to various crimes, and drugs. For an idle hand they say is the devil’s workshop.’’

Okereafor, however, appealed to the leadership of ASUU not to frustrate the process of negotiation with the Federal Government, rather consider suspending the strike in the best interest of all concerned.

Suspect Says Why He Killed His Pregnant Girlfriend