A gadget is a small mechanical or electronic device or tool. They are popular among children just as it is with adults, and we can’t keep these away from children as this comes with their generation, but then what we should deal with is the obsession that may arise with it. 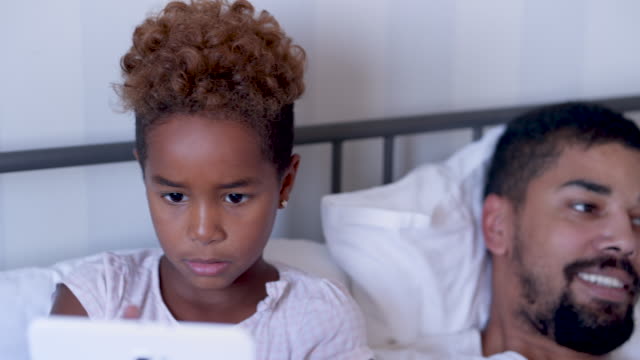 Parenting blogger and enthusiast, Ese Umoh said that growing up, the closest she probably had to a gadget was the Nintendo Gameboy which could be borrowed from richer kids then, but then today, almost every child has access to a gadget in the form of tablets, smartphones, as well as game play-stations.

While gadgets are beneficial to kids, as technology is so important for kids today, gadgets make it easy for kids to access knowledge at their fingertips. Many of these apps come with amazing games and learning aids that make education fun and addictive for children. Many of these gadgets also help kids improve their motor and cognitive skills, build discipline and self-motivation, develop new talents and well as sharpen and improve their language skills.

But then at what point is the use of gadgets considered too much for use? Umoh said that many children today spend hours on end on their gadgets and it becomes problematic because children need time outdoors doing some physical activity, they also need to speak with people around them, parents included, to improve their communication skills.

“For children ages two to five, the American Academy of Pediatrics (AAP) recommends limiting screen time to one hour a day of ‘high-quality programs’, and the organization says parents should co-watch with this age group, too. And for kids older than six, the AAP encourages parents to place ‘consistent limits’ on the time spent using media and make sure screen time doesn’t take the place of physical activity or sleep.”

The mum of two said that she has found it important to ensure that when parents get tablets and devices for very young children, they are able to restrict their access to the internet completely and only allow them to use age-appropriate programs on their tablets. It is also important that our children are within hearing range so we can keep an eye and ear out and oversee their activities.

On the effects of too much use of gadgets, Umoh said, “uncontrolled use of gadgets in very young children can affect their language and communication development because they spend more time playing on the gadget than they do in actual interaction with people around them. It also affects the eyes, can cause them to lose sleep and can even cause headaches.”

She added that this could also trigger neck and back pains in children; restrain social relationships and increases the sense of isolation.

The parenting blogger stressed that as much as gadgets are important in educating our children in this generation, we must be careful to ensure that their use is always supervised.

Sighting an example, Umoh said that very recently, a mum found that some videos were popping up while her child watched her gadget on YouTube for kids.

The video she shared was an explicit one talking to the child about suicide. There have reportedly been similar videos teaching children how to slit their wrists and even delving into other topics such as school shootings and sexual slavery. It is, therefore, increasingly more important that we use our gadgets for our kids as the tools they were intended for and not as a child-minding or child distracting service.