The Austrian forward picked up an injury in the Hammers’ 3-1 win at Everton last weekend – their first Premier League win of the season.

Arnautovic was West Ham’s top scorer last season, and registered a goal and an assist at Goodison Park. 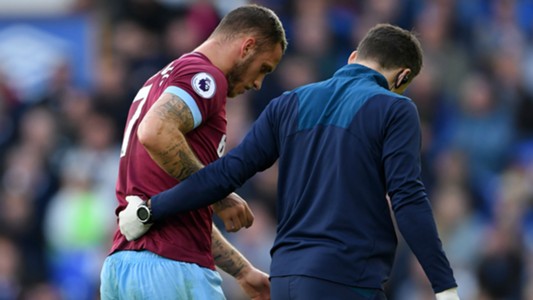 But speaking ahead of his side’s match against Chelsea at the London Stadium, Pellegrini said: “Marko finished with a problem behind his knee. He’s having some treatment and we’re hoping he will be fit for Sunday.”

One player West Ham may look to in Arnautovic’s potential absence is Andriy Yarmolenko, who scored his first goals for the club against Everton.

The Ukrainian winger joined the Hammers for £17.5m from Borussia Dortmund in the summer, and Pellegrini believes there is more to come from him.

“I said before Andriy needs some weeks to get used to playing in the Premier League,” he said.

“He has a lot of quality, we know his quality. But in this league you need pace and to prepare tactically to be an important player in the game.

“We must demand he gives more because he’s able to be a top player.”

My Wife Lied That I Defiled My Minor Daughters- Ondo Welder...