Thirty-two companies granted licences to establish (LTE) and approval to construct (APC) private refineries with a combined capacity of 1.352 million barrels per stream day (mbpsd) in the country may lose their permits as their June 2018 deadline approaches.

Statistics obtained by The Guardian show that the medium- to long-term (18 months to three years and above) permits, granted by the oil and gas industry regulator, Department of Petroleum Resources (DPR), are nearing their terms.

If the licences expire without the coming on stream of the facilities, the country’s quest to attain self-sufficiency in refining petroleum products could be frustrated.

The Federal Government hopes to buoy the nation’s refining capacity through these private refineries, as the existing ones remain largely under-utilised, with an average monthly capacity put at 28.10 per cent as at February end, according to official data.

The coming on stream of these facilities is geared at drastically reducing the huge capital flight to fuel importation, while also meeting local demand and possible exports.

The nation’s existing refineries – Port Harcourt 1 and 2, Warri and Kaduna, all operated by the Nigerian National Petroleum Corporation (NNPC) and Niger Delta Petroleum Resources Limited have a combined capacity of 446,000bpd – but grossly inadequate to meet national daily demand.

Of the 32 licences issued between December 2007 and June 2016, only five have progressed to the APC stage. The other 27 are at the LTEs level while 23 others are yet to commence work.

Amakpe International Refinery, with the oldest revalidated licence (ATC December 2007), is among the old batch of licensees that got stuck due to funding challenges.

If the licences expire, history might well be repeating itself as it was in 2002 when DPR granted 21 LTE permits with an 18-month tenor to private companies which never yielded result largely due to financial and feedstock (crude supply) issues.

The LTE is the first stage of the permit, which progresses to APC after satisfying all the terms. “Under the terms, the LTE and APC are valid for a period of 24 months, but are subject to renewal based on the level of work done,” according to the DPR.

The regulator admitted that the licensees were mostly challenged by funding given the precarious foreign exchange situation in the country. But it insisted that there would be no feedstock guarantee for any investor.

The agency went on: “The refineries will source for their own crude. They can buy from the international oil companies (IOCs) or marginal fields operators (MFOs) at prevailing international market prices.”

The Guardian further learnt that some of the investors would not rely only on domestic crude as they might import oil from Angola, Gabon, Liberia, Middle East and some South American nations.

For instance, investors in the Dangote Oil Refinery Company, whose LTE was granted in September 2014 with actual capacity template of 500,000bpd, have promised to deliver the project in the last quarter of 2019.

Though the licence expires this September, work has progressed to the Front End Engineering Design (FEED), indicating that it might be renewed for an onward progression to the APC.

The Group Executive Director of Dangote Industries Limited, Devakumar Edwin, who is overseeing the construction, said that operations would commence on the promised date.

He disclosed that the facility, often quoted to have 650,000 bpd capacity, expects no problem with feedstock, as it would source content from crude terminals instead of specific oil fields.

Edwin continued: “So the location of oil wells and their reducibility have no relevance to crude supply to the refinery.

“Dangote Oil Refinery is designed to use various grades/blends of crude just as a means of ensuring flexibility should Nigerian crude be disrupted. However, normally there should be sufficient Nigerian crude to meet the refinery’s needs.”

In a copy of the Final Environmental and Social Impact Assessment report, the company said the proximity of the Lagos Free Zone (LFZ) to new oil and gas deposits was instrumental to its siting.

The company, according to the document submitted to the Federal Ministry of Environment, further confirmed the sources of its crude.

At the marine terminal, the cargo of crude oil is discharged through pipelines to storage tanks in the refinery,” it added.

“The refineries must be adequately supplied with crude oil. This is another challenge I think the Dangote Refinery would face except it sources its own crude from abroad, without relying on Nigerian crude.”

Oni also decried the under-utilisation of the existing refineries, which he described, as so badly managed and operating at below 50 per cent capacity for many years.

The Deputy Director, Emerald Energy Institute, University of Port Harcourt, Prof. Chijioke Nwaozuzu, suspects that based on its location, the project was positioned more for export.

“The location of the refinery is close to the Atlantic Ocean, which would suggest that as part of contingency plans, they intend to use the ocean for crude oil deliveries as well as refined products export.” 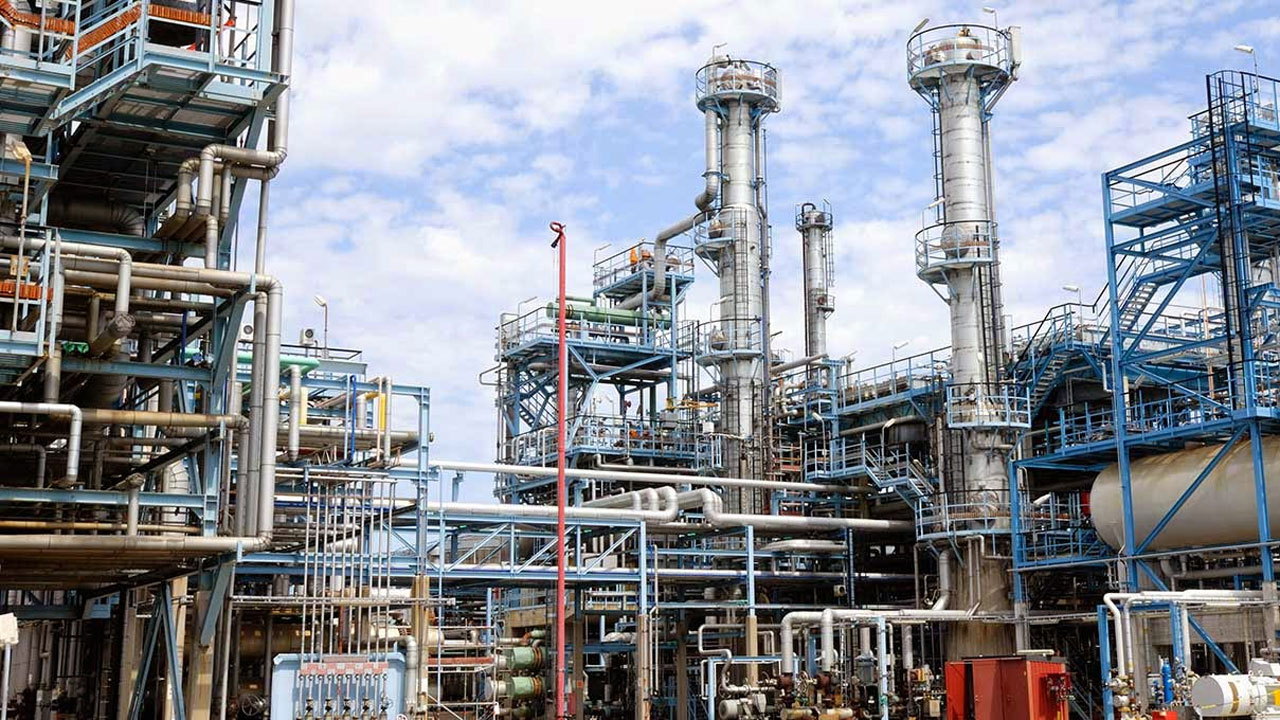 To avoid a repeat of the past ugly incident, Nwaozuzu urged government to divest some of its equities in the IOCs JVs for the private refineries.

“An ingenious way by which government could provide Dangote Refinery and others with crude feedstock would be to sell some of the JVs percentage holding with the IOCs.

“Since government owned 55 to 60 per cent interests in the JVs, it could offload up to 15 to 20 per cent to the private refineries.”

This, he noted, would ensure the security of supplies of feedstock to the refineries. “Government will also generate significant revenues, which, if spent wisely, could enable Nigeria to come out of economic recession and stagflation,” he added.

But the Chief Operating Officer, Gas and Power, NNPC, Saidu Mohammed, saw no big deal in feedstock guarantees. He cited several countries that are big refiners of petroleum products but do not produce crude oil.

Members Of Cabal Were Enriching Themselves With Subsidy Payments Says NNPC GMD, Kyari

Messi Blasts Barcelona For ‘Throwing’ Luis Suárez Out Of The Club