Chelsea’s Eden Hazard will not feature against BATE in the Europa League due to a back problem that could also force him to miss Sunday’s Premier League clash with Burnley.

The Belgium international has been in scintillating form this season, scoring eight goals already, but coach Maurizio Sarri will have to do without the 27-year-old on Thursday when the Blues host the Belarusians looking to make it three Europa League wins from three.

He also fears Hazard is a doubt for the trip to Turf Moor to take on Burnley at the weekend.

“Tomorrow [he] is out for sure,” Sarri told a news conference on Wednesday.

“He has a back problem and we are trying to solve the problem for Sunday. It’s not very easy.”

Another player who appears unlikely to feature against BATE is Italy international Jorginho.

Sarri is mindful of resting the 26-year-old given the quick turnaround for the trip to Turf Moor, plus the EFL Cup clash with Derby County next Wednesday. 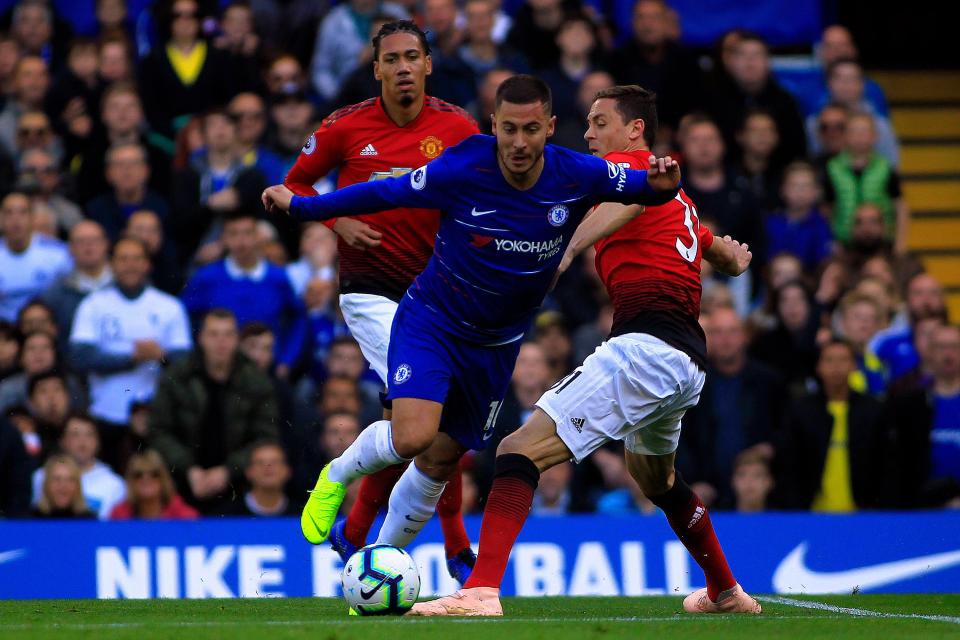 “The problem will be on Sunday, when we will play after 65 hours, so we need to change something,” Sarri added.

“For example, Jorginho needs to rest now because he played for 90 minutes in the two matches with the national team, then for 90 minutes – or, better, for 100 minutes – in the last match [against Manchester United].”

One man set to come into the line-up is defender Andreas Christensen, who was a regular under previous boss Antonio Conte but is yet to play a single minute in the Premier League under Sarri.

Christensen’s father, who also acts as his agent, gave an interview recently in which he said his son would be looking to move in the new year if he was not given more chances.

“I don’t want to answer to the father, but to Andreas,” Sarri said. “Rotation in this period [is hard]. It is not easy for me to change the four defenders, because we have to do a lot of work.

“Christensen will be on the pitch [on Thursday], I think. I don’t know for [Callum Hudson-] Odoi; [Ruben] Loftus-Cheek, maybe.”