A woman was killed in a lone accident involving a tanker in Mile 2, LagosThe accident occured at about 5:30am on Friday, August 7, near the Nigerian Army Signal Barracks.

The tanker was laden with 55,000 litres of premium motor spirit.

Recovery of Tanker is still ongoing and this has caused heavy traffic.

A spokesperson for the Lagos State Emergency Management Agency, Nosa Okunbor, confirmed the incident on Friday.

He noted that emergency responders are at the scene of the incident. 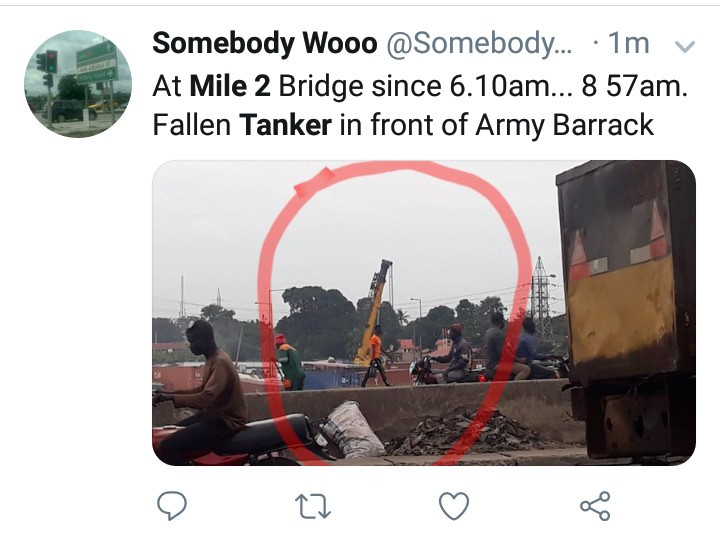 “LASEMA Response Team is at Mile 2, inward the Nigerian Army Signal Barracks in recovery operation of a fully-loaded Oil Tanker conveying 55,000 litres of petrol involved in a lone accident which killed a female adult,” he added.

14-Year-Old Hindu Schoolgirl Brutally Stabbed To Death By Muslim Man In Bangladesh For Rejecting His Advances.