President Akufo-Addo who is the Commander-in-Chief of the Ghana Armed Forces on Monday, announced the posthumous promotion of Captain Maxwell Adam Mahama from the rank of Captain to Major. 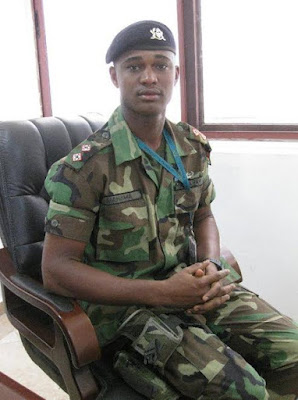 The president made the announcement during his visit to the one-week observation of the fallen soldier who was lynched by a mob at Denkyira Obuasi in the Central Region last Monday.
Akufo-Addo also pledged to grant his family’s request for a monument to be built in honour of their late son. The monument is to serve as a remembrance of what befell the soldier and as a way of preventing such a tragedy from recurring.
According to Yen Ghana, the president also announced the establishment of a GHc500,000 fund to cater for the education of Major Mahama’s children.
The slain soldier who is survived by his wife and two children will be buried on Friday, June 9, 2017
Loading...