Bayern Munich and Germany defender Jerome Boateng will miss the rest of the season after pulling his hamstring against Real Madrid, according to reports. The 29-year-old now faces a race to be fit for the World Cup. 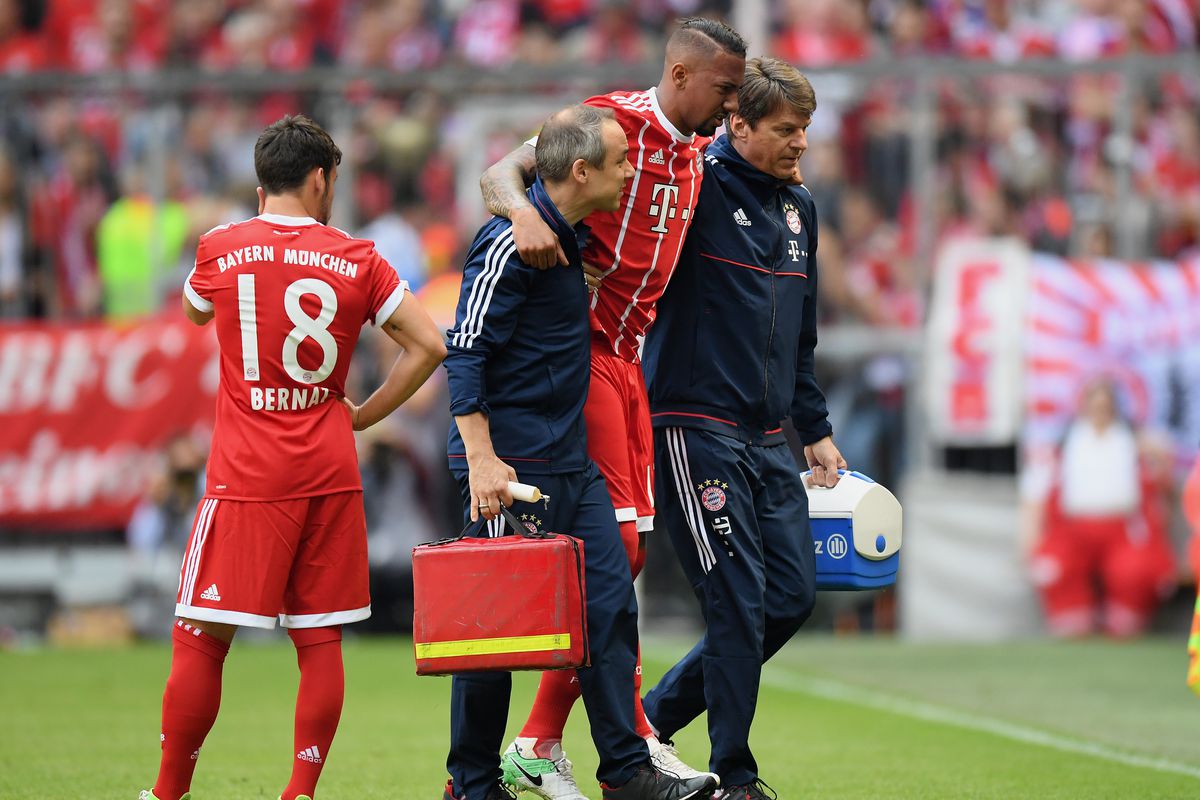 Coach Jupp Heynckes said immediately that Boateng “will be out” for a while, and German media now report that the 29-year-old will indeed miss the rest of the Bundesliga season – and maybe even the World Cup.

According to Sportbild, Boateng will be out for “four to six weeks” after pulling his hamstring, meaning he will miss both the return leg in Madrid next week and the German Cup final against Eintracht Frankfurt in his home city of Berlin next month.

It’s not the first time that the central defender has suffered hamstring problems, having missed out between May and September 2017 with a similar injury. He also had a long spell on the sidelines after pulling a muscle at the 2016 European Championships.

His replacement last night, and likely in Madrid next week as well, Niklas Süle, impressed after coming on, drawing a huge roar of approval from the home crowd after out-sprinting Cristiano Ronaldo in his first involvement.

Winger Arjen Robben was also subsituted early on but hasn’t been ruled out of the second leg.