A man left a comment that Facebook users believe hints at the motive behind the actions of Uwa Omozuwa’s killers and they’ve called for him to be investigated so he can reveal what he allegedly knows.

Livinus Elem made a suspicious comment while reacting to a post reporting on Uwa Omozuwa’s death. He gloated over her death and blamed her for the attack.

He wrote: “Good for her why will she be dating two room mates the same time.” 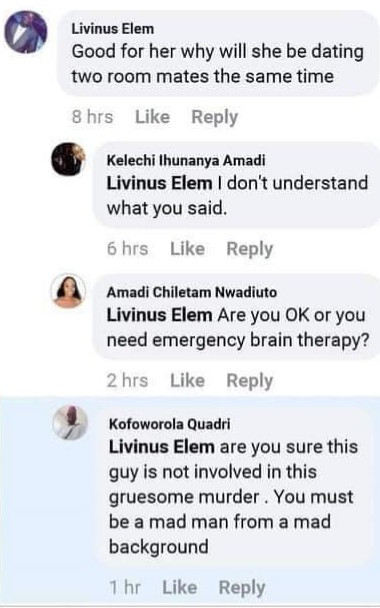 Facebook users are asking for him to be probed since he made a claim about the deceased that is not known to the public.

22-year-old Uwa Vera Omozuwa was brutally raped and murdered inside a church where she went to read. 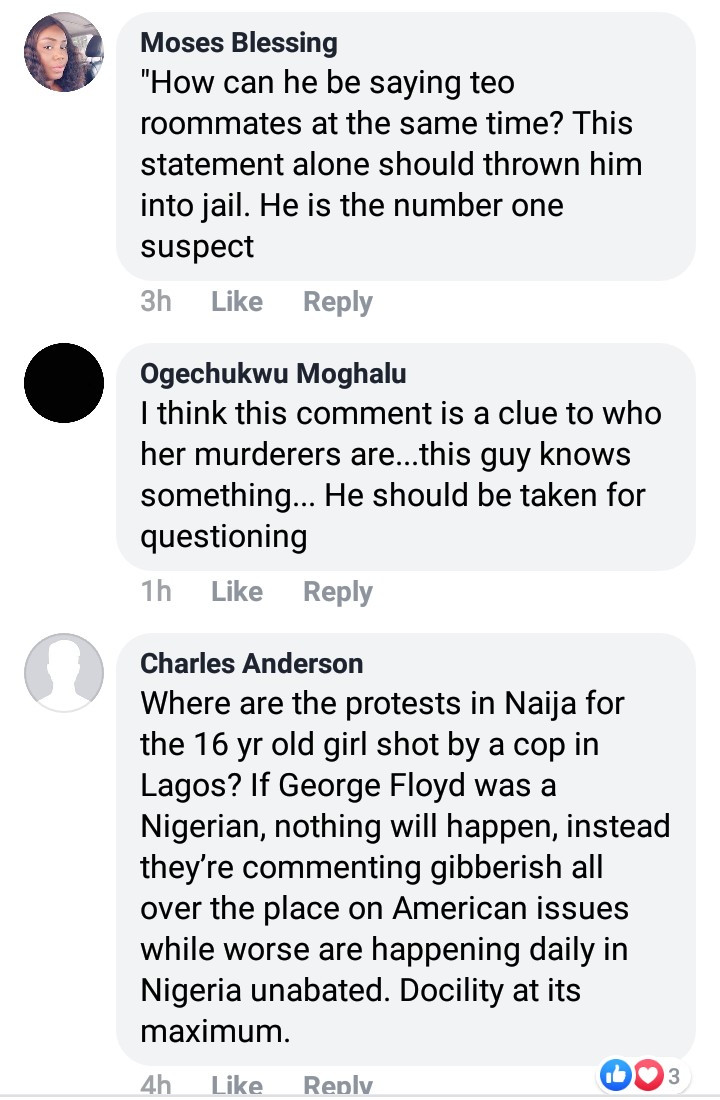 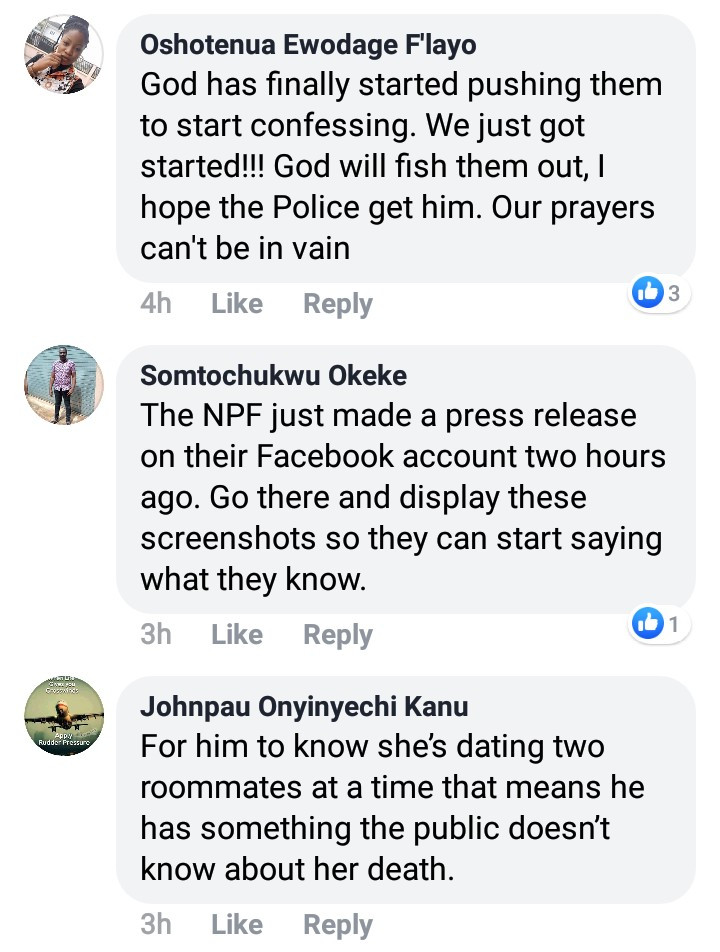 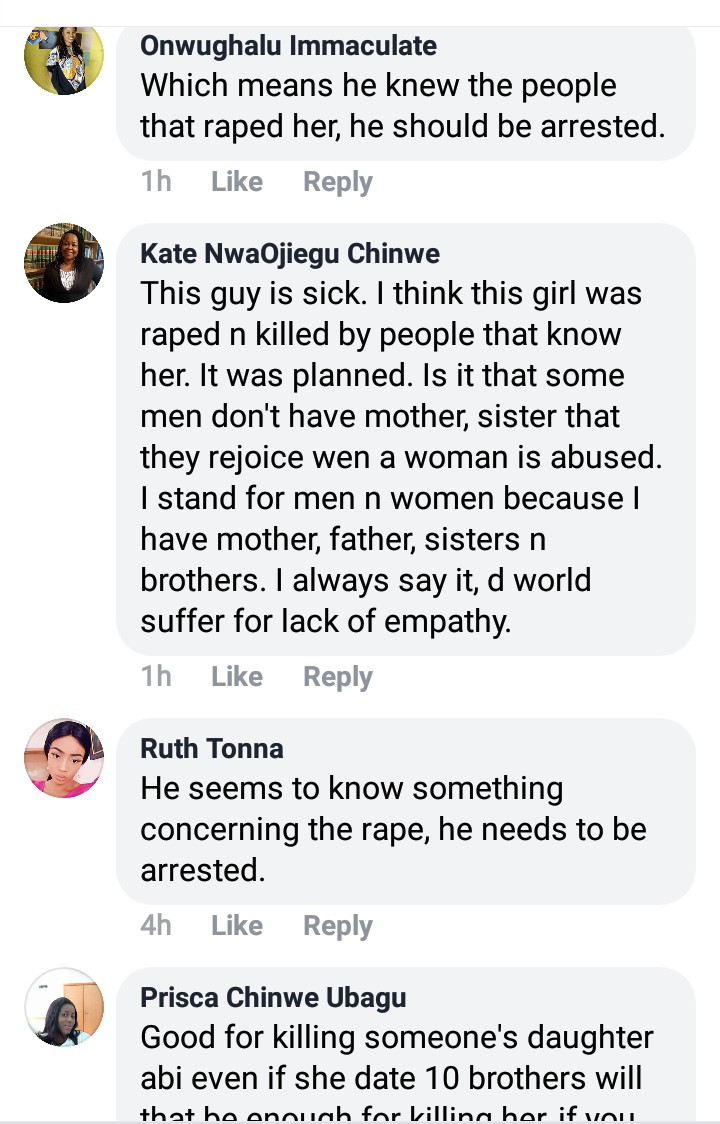 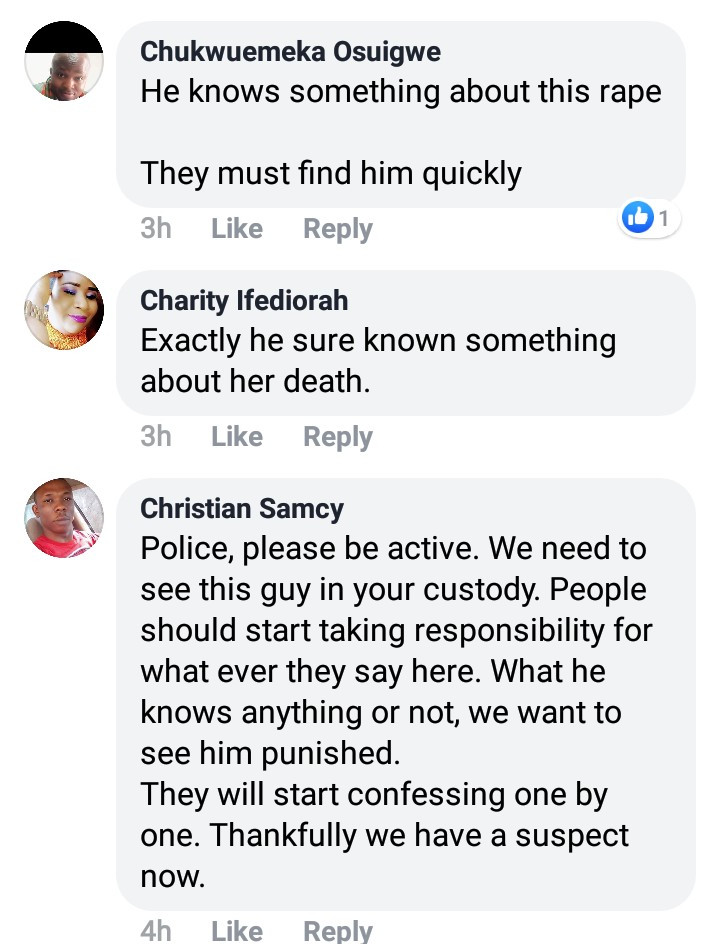 Facebook Scrambles As Use Soars In Time Of Isolation