The wife of the President, Aisha Buhari, has asked every stakeholder to speak up against rape in the country.

Mrs Buhari also called the attention of the Inspector-General of Police to the message which she wrote on her verified Twitter account on Wednesday. 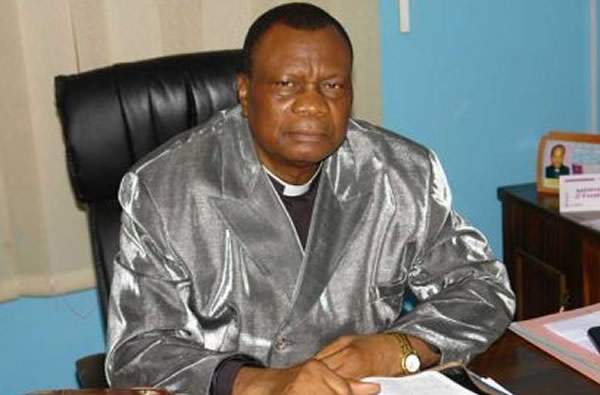 She wrote the tweet in reaction to the rape allegation against the founder of the Commonwealth of Zion, Pastor Biodun Fatoyinbo.

Mrs Buhari, who shared two video clips of a popular TV show where the matter was being discussed, wrote, “#IGofPolice, #EveryoneGetInvolved, #SayNoToRape.”

However, a former General Evangelist of the Christ Apostolic Church, Prophet Samuel Abiara, called for caution on the allegation against Fatoyinbo.

Abiara, who now runs his own ministry at the CAC Agbala Itura, Oke-Odo, Agege, Lagos, said only God knew what truly transpired between the embattled pastor and his accuser, Busola Dakolo.

“I want everybody to be very careful because God is all-knowing. He is the true witness of what actually happened between them. The word of God says we must not judge anybody.

“This issue is not good news at all for the body of Christ. As a human being, some people will be rejoicing because of this allegation. It is nothing to rejoice about. Indeed, it is very sad news for all true ministers of the Gospel.

“I want to tell all ministers of God that there is no life without challenges. It is God that helps us overcome at all times,” he said in a statement on the matter on Wednesday.

The cleric, who urged members of COZA not to abandon their pastor during his trying time, also advised Fatoyinbo to pray for restoration.

He told accusers of the pastor to seek God’s face, saying “it is not good to do anything that will damage the Church of God.”

“In John 8, an adulterous woman was brought to Jesus because the Law of Moses says she must be stoned to death.

“But Jesus said no problem; before anybody can stone the woman; he told the crowd, that whoever that is sinless among them should go ahead and stone the adulterous woman. Hearing this, all the accusers left one after the other.

“All accusers against the body of Christ and the man of God must be careful not to be judgmental. Let God himself intervene.

“Remember the former President of America, Bill Clinton, how some women rose up and was indicted. He acknowledged and went to God and was forgiven.

“The President of America, Donald Trump, was also accused of sexual molestation, he overcame.

“One of our fathers, David in the Bible, committed the sin of fornication, adultery and murder he repented and God showed him mercy.”

Abiara also warned bloggers against feasting on the news, saying they must know God was watching them.

He said, “All accusers and those that carry fake news on social media, you must be very careful not to cause havoc to the body of Christ and the ministry of men of God.

“To all members of COZA members worldwide, it is a challenging time for your church and the man of God. This is not the time to leave the church or abandon the man of God because of the entire allegations against your pastor. It is time to bring to memory how his life and ministry have been a blessing to many lives.

“The Ijeshas in a proverb says, ‘Igba iponju lamore’ (It is in tough times we know our true friends).”

Two Killed During A Police Chase In Delta State

COVID-19: Cases US Hit Three Million As Trump Pushes For...