A Facebook user, Otuboh Godwin has narrated how the corpses of a man and his wife have been abandoned for over five days, over land dispute in Ikot Uduak, Calabar.

According to Godwin, sequel to the couple’s death, the village head stepped in to claim ownership of their land, insisting that the deceased couple do not belong to the community.

According to the son of the deceased, the land belongs to their family and they are still in possession of the land documents. He maintained that his grandfather bought the land and passed it on to his dad who lived there all his life and raised 11 children.

Narrating further, the deceased son explained that the land dispute started immediately his father died, and the village head stopped them from burying their father in the compound.

Read the story below; 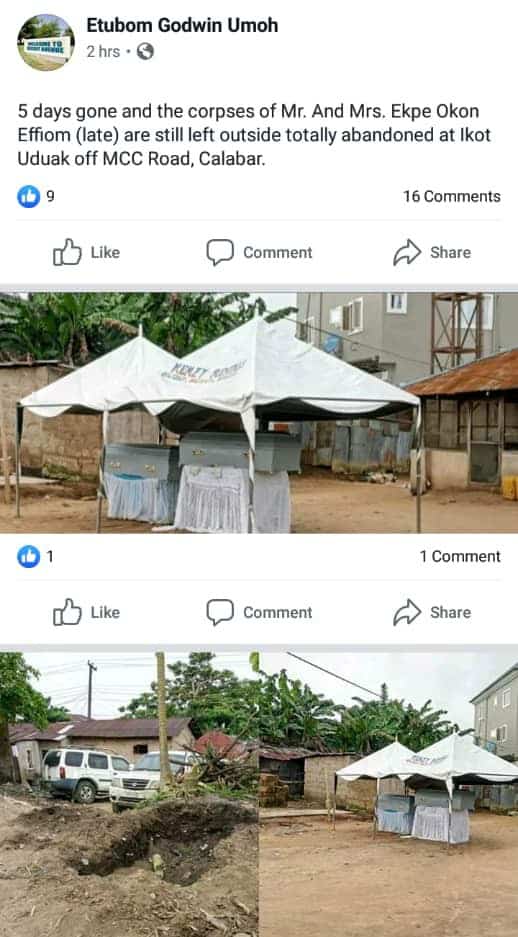 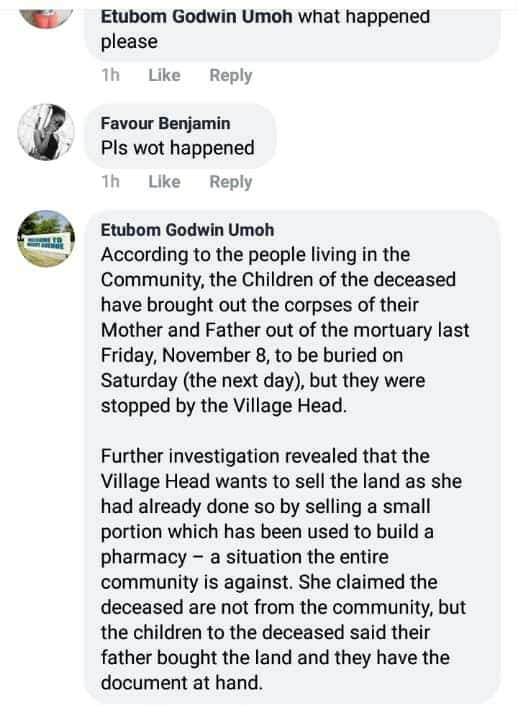 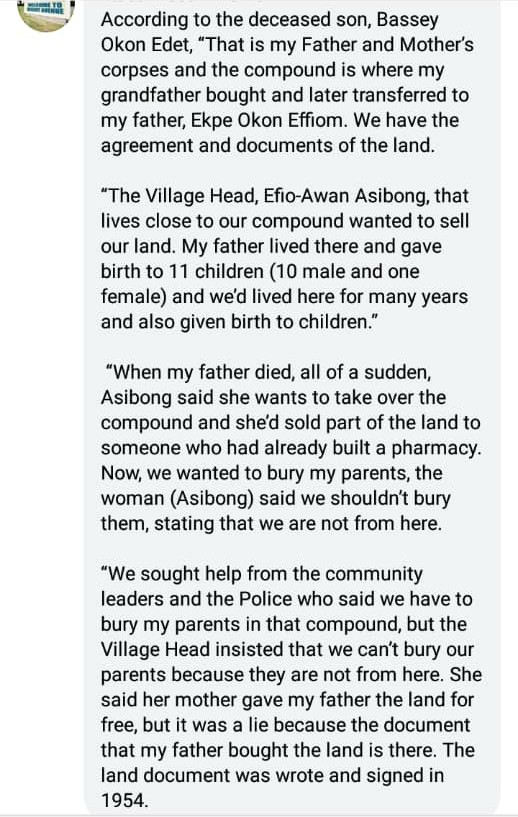 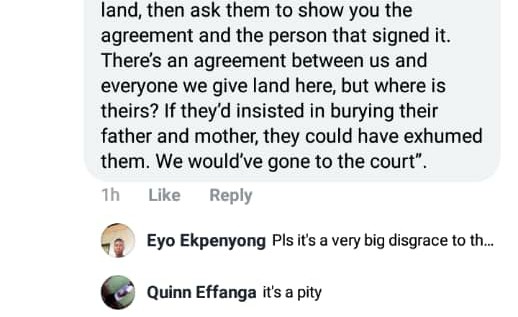