The community and families believe the children may have been victims of muthi killings though no body parts were missing. 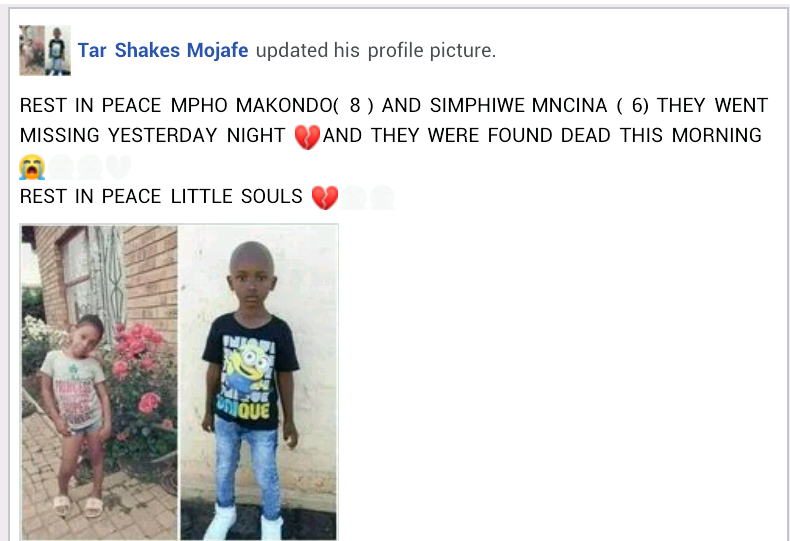 The children were smudged with a black substance on their mouths and underneath their feet while a note, which their families did not see before it was taken by police as evidence, was left on Makondo’s body.

Mpho and Simphiwe, who lived three houses from each other, were last seen walking home from a salon about 400 metres from their homes. The two children had accompanied Mpho’s aunt, Malehlohonolo Malatji, to the salon.

Mpho’s father, Moeketsi Malatji on Sunday,  told Sowetan how horrified he was after finding his daughter lying naked, behind a boulder. He described the children as best friends who were always together.

“The last person who saw them was my sister. They had gone to the salon down the road with her, but she told them to go home when it was getting dark at about 6pm,” Malatji said.

“We started a search party with the community, and went into every household in our neighbourhood and we didn’t find them. We stopped looking for them at about 4am on Saturday.”

Malatji said he received a call from his daughter’s mother at about 6am telling him that they had found the children.

“I could not hold back my tears when I saw my baby’s body lying next to a big rock. She was naked, her arm was broken, she had a grimace on her face, and there was a black substance in her mouth and under (the) feet,” he said.

Their bodies were found a few hundred metres away from each other. Simphiwe’s body was dumped in someone’s yard and the note was left on his torso. He was not wearing any top and did not have shoes on.

His aunt, Lindiwe Mojafe, said: “They were innocent children. Why would anyone do this to them? They were never in the habit of playing too far from home. It’s very strange and scary how we found them. It has left us with more questions than answers.”

A community member who found Simphiwe’s body told Sowetan that he thought it was a muthi killing.

“I was going to work and I saw a body of a small boy in my yard. I was scared because I thought that people would think that I killed him and left him there. I called the police and other community members to come and see because I didn’t want to be arrested,” the community member said.

Police spokesperson Brig Mathapelo Peters said the motive for the double murder was yet to be established, while a postmortem will be conducted.

“The investigation into this double murder will be prioritised and escalated to the Provincial Investigating Unit, in line with the SAPS position to prioritise the investigation of crimes committed against women, children and other vulnerable persons,” Peters said. 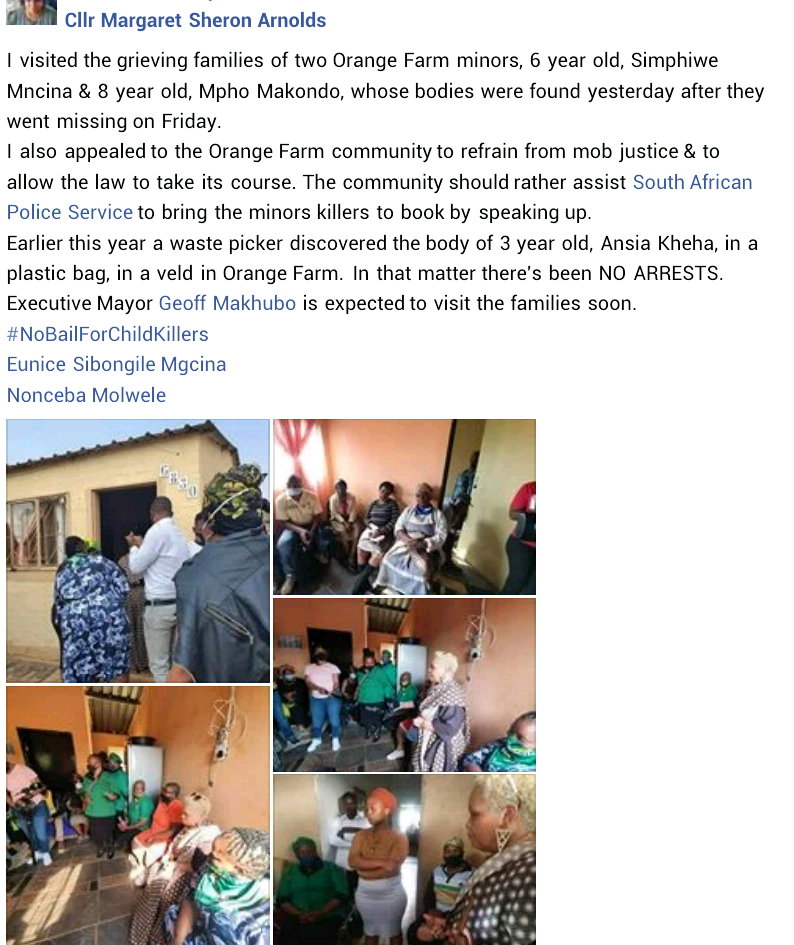 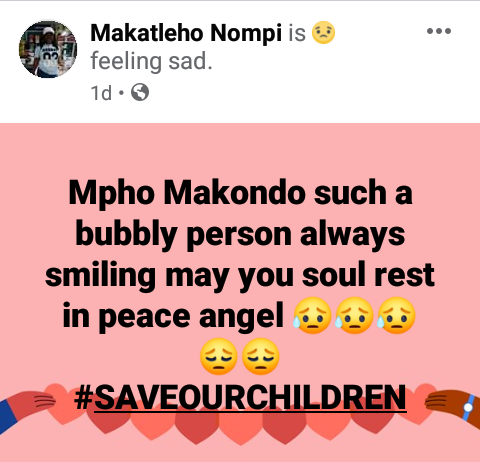 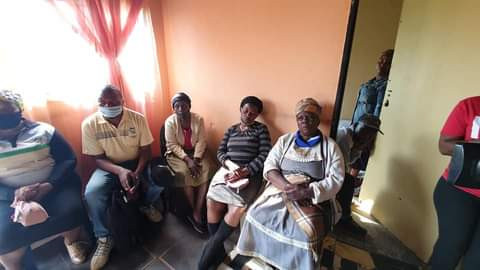