There was pandemonium in Port Harcourt, on Thursday, following the transformation of a big bird into a woman.

The incident happened at 8:00a.m at the popular and ever-busy Agip/Ada-George Junction, by Ikwerre Road, in the state capital, and attracted a huge crowd, thereby obstructing vehicular movement . 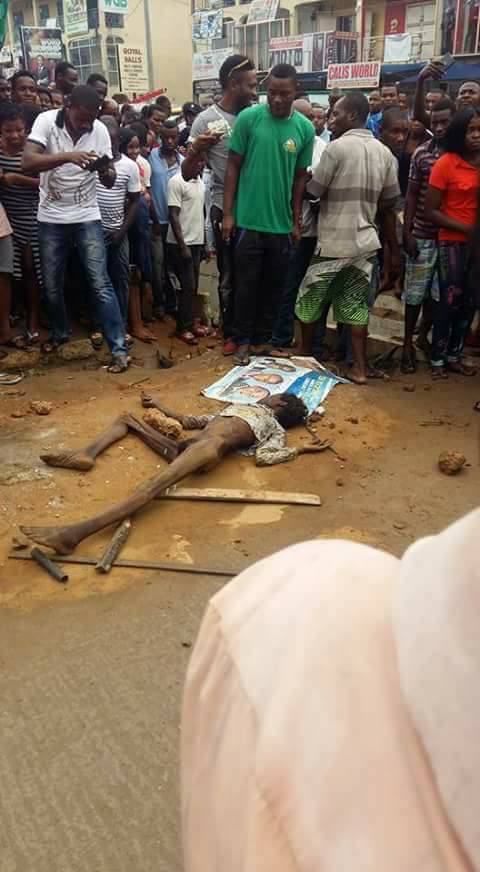 It was gathered that the bird-transformed-lady, who, eyewitnesses and passers-by believed was a witch, turned to a human being after it was electrocuted by a high tension wire.

The sources claimed that the bird was on top of a high tension pole by the junction, when suddenly electricity company restored power.

According to one Promise Amadi, who claimed to have witnessed the incident, shortly after the bird fell, it turned into an unidentified lady with cowries around her neck.

He stated that other birds that flew to the point were more than 10, adding that, they escaped immediately the incident occurred.

Another source, simply identified as Nkechi, noted that the bird was a vulture, adding that it died because electricity drained its blood.

The source noted that it was the power of God that wanted to expose the activities of witchcrafts in Nigeria, that was behind the development.

She stated that the banner of a man of God was placed on the pole, where the bird had perched and that the power of God in the cleric caused the miracle. 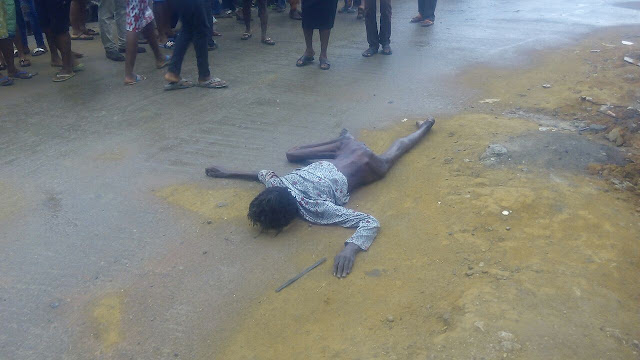 The source expressed: “This particular witch has sucked too much blood of innocent people. It is God that did this thing.

The vulture was on top of a pole when light came and shocked it died. When we heard the noise of the explosion, we turned and saw a bird. Suddenly, it turned into a lady that looks tiny. She is a wicked witch”.