Nima and Dawa Pelden, along with mother Bhumchu, arrived in Bhutan several weeks ago,  citing the Children First Foundation (CFF), which funded their medical treatment. Bhutan is a landlocked country in South Asia located near China and India.

“To all the Australians near and far who sent me their love and support, you all gave me hope and put smile on my face while going through some terrible times,” Bhumchu stated via the CFF. “I just want to say, you guys are awesome.” 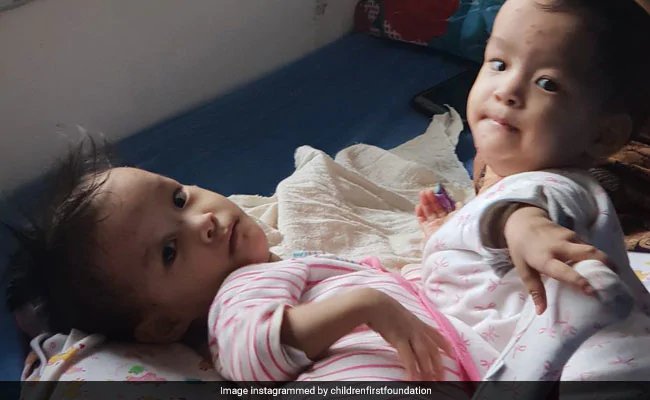 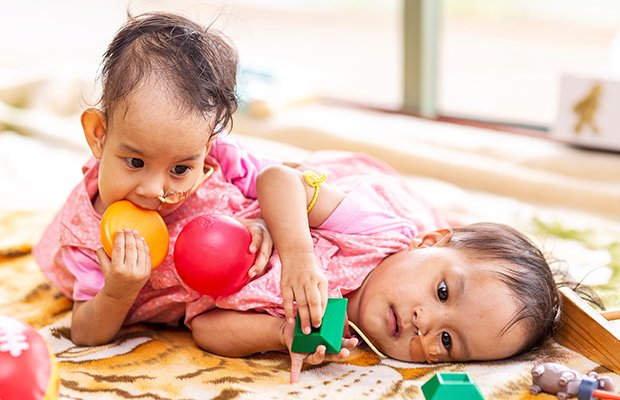 According to reports, Dawa and Nima were born joined at the stomach and grew facing one another and were not able to move on their own.

The procedure took just six fours and included some 25 surgeons, nurses, and other medical staff, according to the report.

Dr. Joe Crameri, head of pediatric surgery at Melbourne Royal Children’s Hospital, said it was a “joy” and “relief” to separate the twins. 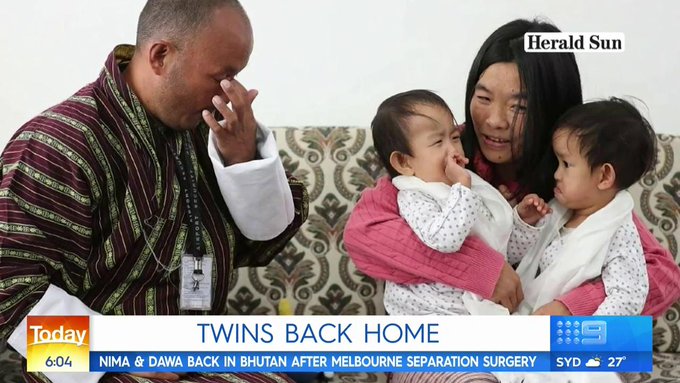 After being separated in a life-changing surgery in Melbourne, twins Nima and Dawa have returned home to Bhutan where they were reunited with their friends and family.

“There is nothing better in any operation than to be able to go to the parents and say, ‘we’ve been able to look after your child’,” CNN quoted him as saying. “I feel confident that they will be able to recover from this and go forward.”

“Nima is the outgoing and Dawa is the more placid,” the official, Debbie Pickering, stated. “They are just developing into beautiful little girls. They are delightful in every way,” she added.

“We try and have them a little bit apart,” nurse Kellie Smith told CNN. “But they manage to sort of bum shuffle back together and have their legs intertwined always.” 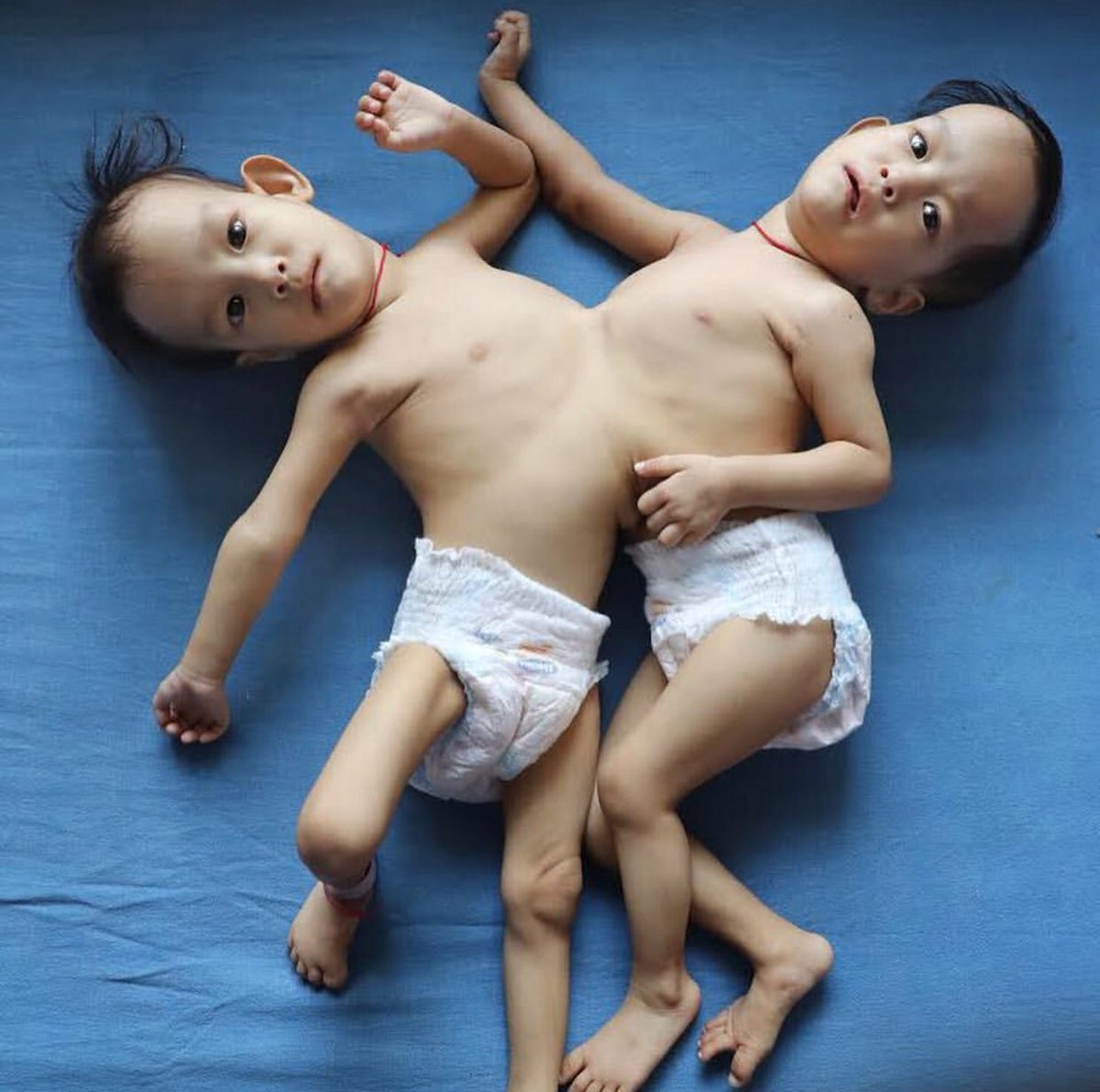 The twins were born via C-section in 2017 and are said to be Bhutan’s first conjoined twins.

“My life in Australia was (comfortable) because of the lovely treatment you all provided to me,” Bhumchu stated. “To each and every Bhutanese in Australia who contributed for the future of my kids, I will ever remain grateful for such generosity. Thank you one and all.”

Researchers think that conjoined twins develop from a single egg in the mother’s womb that fails to separate as it divides. “The success of surgery depends on where the twins are joined and how many and which organs are shared, as well as the experience and skill of the surgical team,” according to the Mayo Clinic.

Conjoined twins used to be called “Siamese twins” and were named after famous conjoined twins Eng and Chang Bunker, who were born in Siam (Thailand) in 1811. They never separated and lived to 63. The two fathered 21 children together.

COVID-19 Patients To Now Be Discharged Without Testing Negative – NCDC .