Prominent Yoruba leaders on Thursday re-echoed the legacies of the late sage, Chief Obafemi Awolowo, as they reviewed cases of kidnapping in the South-West region of the country. 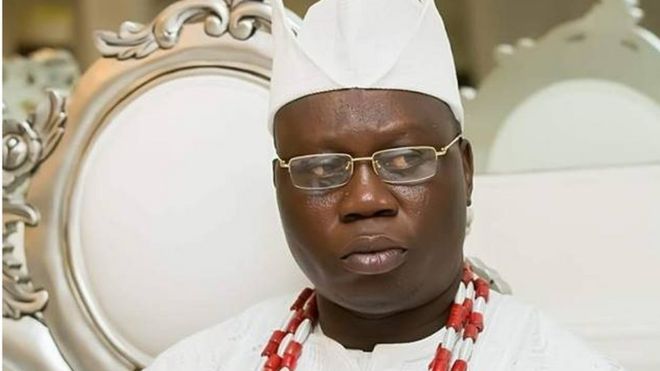 The leaders, who converged to honour the memory and legacies of Awolowo at the book presentation of the Yoruba translation of his autobiography titled ‘Awo’ by Alaroye, also decried the insecurity in the land.

Referring to a recent security summit, Adebanjo accused South-West governors, except Governor Makinde, of paying lip service to the issue of insecurity for fear of not offending a national leader of the All Progressives Congress, Senator Bola Tinubu.

Adebanjo said Nigerians must be ready to liberate themselves if their leaders failed to live up to their constitutional responsibility of providing security.

Alaafin who minced no words over the insecurity in the land, said, “At the national level today, we have unprecedented state of insecurity culminated by kidnapping, Fulani herdsmen harassment and all sorts of criminality that have enveloped Yorubaland today.

“The Yoruba are proud of their harmonious relationship with indigenous Fulani which has spread over many centuries. Such relationships have led to inter-ethnic marriages and business entrepreneurship. At that time, cattle herders carried a stick to direct the movement of their cattle. It was unlike now when supposed herders are armed sophistically like soldiers. At that time, farming and rearing were complementary unlike now where they are targeted against each other.

“As far as I am concerned, there is no solution to the current national challenge than the restructuring of our federal system to the glorious old days with some modifications where necessary. As of now, the centre is too powerful beyond any mortal capacity to supervise and superintend the whole national security.”

In his contribution, the Aare Ona Kankanfo of Yorubaland, said, “We should do whatever we have to deliver ourselves. I can still roll out one million Yoruba people.

“The Miyeti Allah is taking out their plans one after the other, while the eastern governors kicked against it, our governors are trying to be diplomatic about the matter.

“We won’t allow insecurity to overwhelm us. We will not allow it to distract us from pursuing restructuring.”

In her presentation, Awolowo-Dosumu expressed happiness at the presence of traditional rulers and other personalities at the event.

She, however, lamented that out of the invited six governors in South-West, only the governor of the host state was present.

She said, “We call this gathering in the name of our father, Chief Obafemi Awolowo. I am so delighted to see the Alaafin of Oyo here.

“Awolowo was the premier of the western region which covers eight states of the present government.

“I encourage Yoruba elders to be visionary and not to forsake their visions. Awolowo never forsook his vision for the Yoruba race, and that’s why we’re all benefitting from it.”

The guest speaker at the event, Prof. Banji Akintoye, encouraged young Yoruba people to emulate Chief Awolowo and continue with his legacies.

Akintoye said, “We thank Alaroye for this. This is a wake-up call to the Yoruba race so that our nation, the Yoruba nation, will not be brought down by anybody.

“There is an intention by a small group of people to reduce the Yoruba race. It is a deliberate attempt by the few people to destroy the people of Nigeria. The Yoruba people must not permit.”