Eva Longoria is officially a mama!

The actress and her husband Jose Bastón welcomed a baby boy on Tuesday, June 19. According to HOLA! USA, which broke the news, the proud parents have named their son Santiago Enrique Bastón.

The proud parents shared a picture of their first child together with the publication.

“We are so grateful for this beautiful blessing,” they told HOLA! USA. 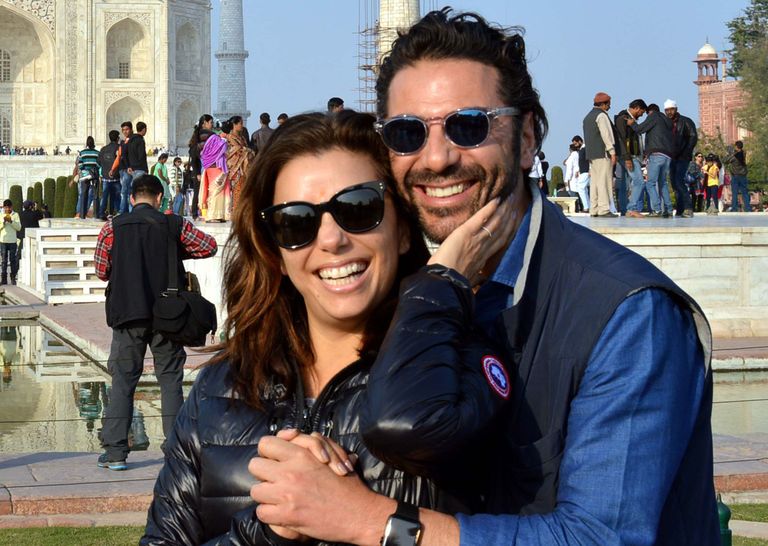 Longoria’s road to motherhood was filled with many joyous moments, including too many red carpets to count, a celeb-studded baby shower and a star on the Hollywood Walk of Fame! The Desperate Housewives alum, 43, first confirmed her pregnancy last December and days later debuted her growing baby bump in Miami Beach.

Shortly before her son’s arrival , several of Eva’s famous peers, including Ricky Martin, Anna Faris and Felicity Huffman, gathered to celebrate the mom-to-be at her Walk of Fame ceremony in April.

“Guests had fun in the photo booth with props, and they printed out their photos that said ‘Baby Baston,” a source described to E! News. “There was a Blood Mary bar and a lot of rosé being passed around. They also had massage chairs and hair and makeup if anybody wanted to get glammed up.”

Meanwhile, Longoria has been looking forward to becoming a mom for quite some time.

“I can’t wait to meet him,” she shared with us at the premiere of Overboard. “I just can’t wait to see what his personality is like, what he looks like, how much hair he’s going to have. There’s so much to look forward to, and it’s becoming more real every day.”

Veteran Actor Jimmy Johnson Aka Okoro Of “The Village Headmaster” Is Dead .