Atiku Says He Is Ready For Buhari

Atiku Abubakar, Peoples Democratic Party (PDP)‘s presidential candidate, has called out President Muhammadu Buhari to a debate saying he is ready for a debate with him ahead of the 2019 elections.

This, Abubakar said yesterday at the inauguration of the party’s presidential campaign council in Abuja, while adding that he is interested more on an issued-based campaign and not “attack on individuals.”

“I have been asked to remind the APC and President Muhammadu Buhari that I, Atiku Abubakar, am ready for a debate,”he said.

Abubakar also stated that he and the party have lost confidence in Ibrahim Idris, Inspector-General of police, whom he had severally accused of compromise, insisting he must be removed before the elections.

“We must demand the removal of the inspector-general of police. As members of the campaign council, you have the responsibility to ensure our mandates are achieved,” he said.

“We must run a disciplined campaign based on issues. We are facing an APC government desperate for power so this will be a tough if not toughest campaign.”

“I made clear from the beginning that my campaign will be focused on issues rather than attack on characters. Nigerians know the APC government has failed woefully. We must continue to remind our people of that and also tell them what we will do differently.” 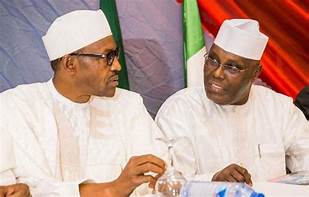 The PDP presidential candidate called on Buhari to sign the electoral act amendment bill which have been forwarded to him by the national assembly.

“While it is customary to require politicians to conduct themselves well, good laws are essential for this,” he said.

“I call on President Muhammadu Buhari to sign into law without further delay the electoral act amendment which is on his desk if he is truly interested in the conduct of free and fair elections.”