According to UK’s Metropolitan Police,  Eniola died after sustaining gunshot wounds to the neck and chest. The police say a distress call was put across by residents of the area at about 5:00 p.m. The police arrived the scene and found the deceased with gunshot injuries on his neck and chest.

A post-mortem examination carried out on Saturday June 15th, gave the cause of death as a gunshot wound to the neck and chest. 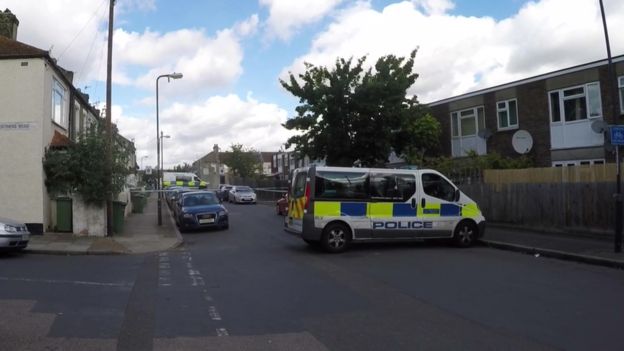 The police added that an 18-year-old man and four other teenagers have been arrested in connection with the incident.

Detective Inspector John Marriott, while speaking on the incident, said

“I am continuing to appeal for anyone who was in the area at the time, who saw or heard anything suspicious to contact police. The shooting took place not far from Plumstead Railway Station and I would urge anyone who was commuting to or from this station to come forward. It was also sunny at the time and a number of people would have been enjoying the weather in the area of Plumstead Gardens; I need you to come forward. Although we have now made five arrests I am continuing to ask for your help to progress this investigation”.